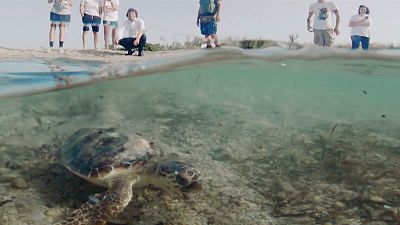 Torre Guaceto, an eight-kilometre long stretch of coastline north-west of Brindisi, used to be known as a centre for poor fishing practices, black market smuggling and a drop-off point for illegal immigration.

Now it's famous around the world for the way it's transformed itself.

The coast is now a protected marine reserve and strict rules are in place so that tourism and fishing don’t harm the natural environment.

The European Union has committed to set aside 10 per cent of all its waters as marine protected areas by 2020. This target was met two years before the deadline. Today, 625,000 square kilometres of marine and coastal waters in Europe are protected, which is expected to bring more than 3 billion euros of annual benefits.

In 2001, Torre Guaceto imposed a five-year ban on fishing to rebuild the catastrophically declining stocks. Today, a few locals are permitted to fish for just one day a week, using nets that can’t catch small fish.

Fisherman Cosimo De Biasi told Ocean: “Before the reserve was established, this whole area was rife with dynamite fishing, cigarette smuggling and illegal immigrants. Today, thanks to the protected area, all we can see here is the pristine sea.”

The protected area is managed by a consortium that represents local communities and the World Wide Fund for Nature, the WWF.

It enforces the rules that have been agreed with the fishermen. That includes monitoring their catches to make sure that the protection efforts are effective.

And the fishermen are happy with the new controls on what they catch.

“When we catch a big fish and bring it ashore, we can sell it not for five euros, but for 20 to 25 euros,” De Biasi said.

Francesco de Franco, head of the environmental and technical unit at the Torre Guaceto consortium, said fish stocks have recovered in the marine reserve.

“Outside the protected area, the levels of fish remain basically the same as in the past. And inside this area, the fish stocks have roughly doubled," he said.

And it’s not just the sea that’s being protected. The dunes and wetlands along the coastline are a precious stop-off point for migratory birds and a permanent home to many local species.

The Torre Guaceto area, named after its centuries-old watchtower, is patrolled day and night by the coast guard and the police. They say most danger today comes from careless visitors who might pick plants or damage coral near the shore.

Tourists who respect the environment are welcome.

In the past, these sandy beaches were full of litter and overcrowded. Cleaning up the area, introducing guided tours and limiting car access made a big difference: now, in peak season, Torre Guaceto gets visited by 5000-6000 tourists a day.

Mimmo Miccoli from Brescia has been visiting for years.

“This place used to be a mess, with cars parked everywhere," he told Ocean. "Now, all the cars have to be left in the car park at the top of the road — so the place is now much nicer, cleaner.”

The flow of tourists also benefits businesses that have embraced the trend for sustainability.

Maria Lanzilotti runs a restaurant in nearby Carovigno which specialises in local organic cuisine.

“We always have fresh, good, healthy fish from the sea," she said. "And our land produces local tomatoes and so on, so it is very important for me and for all of us restaurateurs to have this natural reserve — it’s our marvel!”

Backed by European funds, one-third of local farms have now converted to organic production, boosting their sales by associating their brands with the now famous Torre Guaceto protected area.

Established to preserve the environment, this marine protected area became an attractive eco-tourism destination with a sustainable economy — a success story that experts say should serve an example to other places like Torre Guaceto.

Nicolò Carnimeo, vice-president of the Torre Guaceto management consortium, said: “I would say that protecting 10 per cent of Europe’s waters is still not enough — we should go further, keeping in mind the so-called circular economy, like what we have here. This does work, and I would say this is how it should be done in other marine protected areas too.”

Sea change: how one small stretch of coastline in Italy transformed itself