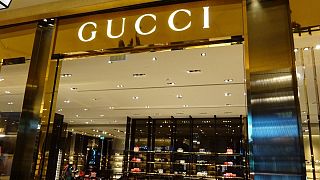 Yesterday, it was announced that France is to lead the way in an effort to advance sustainability in the fashion industry. French president Emmanuel Macron has appointed none other than the CEO of luxury fashion conglomerate Kering SA, responsible for Gucci, Alexander McQueen, Yves Saint Lauren and others, to unite brands from around the world to reach their sustainability targets.

The Kering CEO, Francois-Henri Pinault, will now be responsible for reducing the substantial carbon footprint of his fashion houses in France. But Pinault is not stopping there, he has also stated that he wants brands from all over the globe to commit to progressing on issues such as ocean health, biodiversity and climate change. The good news is this will be discussed at this summer’s G7 Seven summit in Biarritz, which is where Macron’s mandate comes in, as the two influential leaders work together to “reach a level that none of us individually could reach by working alone,” - Francois-Henri Pinault.

What did Pinault announce at the Copenhagen fashion summit?

Just this week, the Kering CEO publicised some proposed targets at the Copenhagen fashion summit, including eliminating disposable plastics within three years or converting to renewable energy by 2030.

Pinault will be tasked with creating a “coalition” of CEOs in the fashion industry to unite and agree on ambitious sustainability objectives together. He said,

“Despite what we’re doing, things are not moving. I could understand it if we were the only company working towards this, but we aren’t. It’s amazing what some of the biggest companies are doing. But the results don’t work. We really need to define targets together.”

If that wasn’t enough, Emmanuel Macron is also proposing to prohibit the widespread practice of destroying unsold clothes and luxury goods. He announced the plan alongside Deputy Ecology Minister Brune Poirson.

This to directly address the problem of luxury brands burning clothes or burying them in landfills, rather than running the risk of the luxury items being sold for a cheaper price in discount bins. Poirson stated,

“Too many companies feel OK with just throwing away or destroying the shoes or the clothing that haven’t been sold. You can’t do this anymore.”

What else are luxury fashion houses doing to lessen their environmental impact?

LVMH, the other luxury fashion giant in France and owner of Dior, Louis Vuitton etc., also announced this week that they were going into partnership with UNESCO to set ‘product’, ‘supply chain’ and ‘climate change’ targets. In particular, Guerlain created a Bee Respect platform to commit to transparency and traceability of their ingredients.

Kering has also recently announced that they are committed to only working with models over 18 and that luxury fashion houses will only feature women and men of a legal age by 2020. The company also launched their new animal welfare standards “ensure and verify the human treatment of animals across the group’s supply chains.”