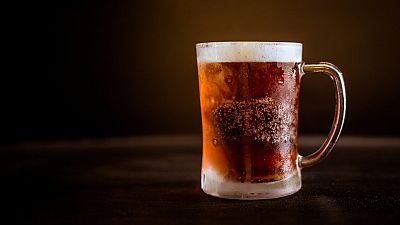 The global beer industry relies on hops, an essential ingredient in the making of beer. Wonder how your pint gets its bitterness or that pungent aroma? That’ll be hops. The US is the leading producer of these wonderful and important plants, and astonishingly 97.8% of their yearly yield is grown in the triumvirate of Pacific Northwest states Idaho, Oregon and Washington.

But Europe has a long rich history of proving fertile ground for hop-growing, whether the Hallertau region of Germany to the lush green fields of Kent in southeastern England, hops have been farmed for centuries. In this post-craft beer world though, new hops are being crossbred in laboratories, others are being synthetically enhanced to be more resistant to weather and vermin. Although the geographies are unchanging, the process in hop farming now is vastly different.

Like any crop, hops are susceptible to drought and disease, and these issues have been further perpetuated by climate change. The US media tends to be pessimistic about hop harvests, and with good reason. However recently the FT reported that for the first time craft beers sales are slowing in the US, meaning that brewery’s contracts with hop farmers are going unfulfilled.

Farmers left out of pocket and brewery’s shutting down altogether. This isn’t isolated to the States either, in 2015 a spokesperson for leading German hop producer Barth-Haas denounced that years harvest as ‘One of Europe’s worst’. This had ramifications because Germany is Europe’s largest producer of hops, accounting for 60% of Europe’s acreage.

European hop growers have since then thankfully recovered, and Germany remains at its epicentre. The hop producers have had to adapt however to meet the rise of craft beer. Thus new varieties have since come into fruition. Air, soil and temperature are all factors that can affect a hops taste.

Put simply, the same hop will taste differently if it is grown in the US, Britain or Australia. Hallertau Blanc is derived from the US Cascade hop (a mainstay in US craft brewing), it offers brewers a delicate array of flavours ranging from elderflower to gooseberry and has been compared to the Sauvignon Blanc Grape.

The other new(er) German hop is Mandarina Bavaria, which is the result of the 2 aforementioned hops being crossbred with another, Hüll Melon. As the name suggests, this hop gives an instant punch of citrus and tangerine. Since their introduction in 2012 they have become valued hops amongst European craft brewers, offering similar flavour profiles to US and New Zealand hops but at a fraction of the price and more easily attainable.

Kent in South East England has historically been the hub of hop farming in the UK. My grandparents remember summer holidays when families would travel from London to Kent for the annual hop picking, it was a common postwar past-time. But for many years the hop industry plateaued, when Craft Beer started making waves in the US (and then the UK after), British hop farmers’ fortunes started changing.

Ironically, it was and is American brewers obsession with cask beer that has been the significant factor. British hops such as Fuggles and East Kent Goldings, are earthier and spicier than floral, fruity US hops like Amarillo and Citra. They lend themselves to beer styles such as Bitters, Extra Special Bitters and Strong ales.

Styles that have fell out of favour in the UK but that many US brewers hold as the pinnacle of brewing. Like in Germany, new hops have been developed offering the best of both worlds, like the Jester hop, combining citrus and peppery notes. 2016 was a breakthrough year, with an increased number of hops being planted in the UK for the first time in 15 years. And with supply crunches becoming more frequent, affecting the availability and price of US and New Zealand hops, UK craft brewers had to try hops closer to home out of necessity.

It’s not just in Germany and the UK that hop farmers are prospering, France too has seen an increase in hops planted, and Slovenia has helped fuel fledgling craft beer scenes in the Mediterranean and Eastern Europe. The indigenous Styrian Wolf hop being the backbone of many great European IPAs.

Emerging markets the world over and hungry for craft beer, from China to Brazil. The latter has a slowing economy yet it’s craft beer scene continues to thrive and grow. Scott Casey, a brewing industry analyst even boldly stated that ‘craft beer is almost recession proof’. Hops are always going to be in demand, whether it be at home or overseas, so the future of hop farmers in Europe *touches wood* seems very secure.

Brussels grows fruits and vegetables on top of a supermarket

One of the world’s biggest banks invests billions in deforestation

One of the world’s biggest banks invests billions in deforestation