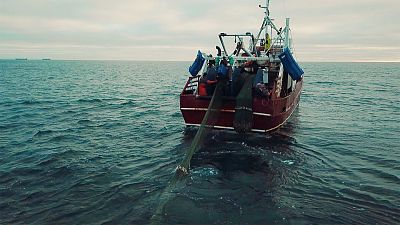 If you had a better seafood selection than usual this festive season it’s partly thanks to growing catches in Sweden and across Northern Europe. Small trawlers that used to harvest 20 tons of prawns and langoustines each year now catch twice that much, because fish and shellfish numbers are on the rise.

“Nowadays, we have a lot — humongous — of prawns,” says Swedish fisherman Johan Grahn. “And the fish stocks have improved as well.”

In the North Sea, the Baltic Sea and the Atlantic overfishing declined drastically over the last 10 years. Ten years ago only one in seven assessed stocks were fished sustainably the rest were overfished according to the EU’s Directorate-general for Maritime Affairs and Fisheries. This year seven out of ten stocks are fished sustainably.

So how did the European Union make this happen? In part, by tackling the problem of fishermen dumping the unwanted fish. Around a quarter of catches used to be thrown back in the sea and most of those fish simply died. Now fishermen are changing how they work and their equipment to avoid catching fish that are too small or species they don’t want.

“No-one with some sense in their head want to drop good food just over the rail — it’s just silly,” says Grahn. “So after a while they figured it out, how to manage this. And it starts with something called landing obligation.”

What landing obligation means is fishing vessels must bring to land all their catches of controlled fish species big or small. So no more dumping at sea. Accidental catches count against quota but they can be reduced with selective nets.

“All the bycatch, like fish and other stuff that you don’t want,” says Gran. “It hit the bars and go up and swim further on.”

What about in other countries? In France, researchers are testing selective nets made for local fishermen. They’re looking for a large choice fine-tuned for individual sites and species.

“The gaps in classic lozenge shaped meshes tend to close when being dragged by a trawler, with the pressure of the water on the rope and the knots,” says fisheries technologist Pascal Larnaud. “To get square mesh nets you just have to turn 45 degrees and you get a mesh that’s much more open. And if you turn another 45 degrees you get nets that get very good results, in the Celtic sea in particular and the Western Channel, because they’re suited for letting the small fish out. Some fishermen tell us they don’t have any more waste in their catches.”

This huge change wouldn’t have been possible without four years of coordinated efforts by EU countries to roll out this landing obligation. In Brittany a third of vessels have adopted selective gear to cope with the increasingly strict regulations.

“All European fishermen are in the same boat in a way: they fish with the same quotes and sell to the same market, so it’s normal that there should be common rules and regulations to ensure fair competition between different fishermen from different countries,” says Marion Fiche project leader of the producers organisation “Les Pêcheurs de Bretagne”.

Fishing is now one of Europe’s strongest growing economic sectors Increasing selectivity is helping to boost profits fishermen fulfil their quota with more valuable products and that in turn brings them more income.

“In many cases, we have rather small quotas,” says Malin Skog, Sustainability manager of the Swedish Fishermen's Producer Organisation. “So the fishermen realised very early that to handle this, we really need to start working to prepare for the landing obligation, so that we really can get the best possible fish and the best possible price, of course, out of what we do fish.”

Europe aims to restore all its fish stocks to sustainable levels by 2020. A decade of hard work is finally paying off helping the sea fishermen and Europe’s consumers .

“It will be only prawns, with no bycatch at all,” says Johan Grahn. “Most of the small fishes go up, and go out, and live a healthy life — until we meet again.”