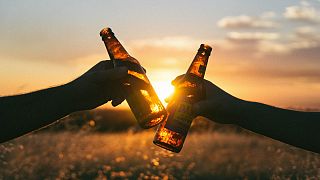 It is no secret that producing beer requires the use of a lot of energy and water. Inevitably, as with all things, this impacts the environment, whether through emissions or through waste by-products. The beer industry, however, is becoming a trailblazer in regards to sustainability.

From small craft brewers to big multinational brewing conglomerates, there’s a growing self-awareness and collective consciousness about how the industry can change and become ‘greener’. Put simply, the industry is reliant on natural resources, so it seems logical to try to protect and preserve them.

From safeguarding hop harvests from climate change to the amount of wastage after a batch of brewing, concerted efforts are being made to lessen the impact on the environment and planet as a whole. Breweries in the US have become world leaders in this regard.

When President Trump controversially announced that he would be taking the US out of the Paris Agreement, amongst the extensive list of businesses, professors, governors, the list also included 10 US craft brewers. But this is a global issue, and breweries from all over the world have joined this eco-revolution.

California’s Sierra Nevada are true pioneers of the US craft beer scene. Starting out in 1980, they have gone on to become a brewing behemoth, but a behemoth with a conscience. The main brewery in Chico, California is home to one of the largest privately owned solar farms in the US. Nearly 11,000 panels span the rooftop facilities and supply 20% of the brewery’s electricity. To put that figure in perspective, that’s enough to power 265 houses for a whole year.

Just as impressive, is their smaller site in Mills River, North Carolina, which became the first US brewery to win a Platinum certificate (the highest award) in Leadership for Energy and Environmental Design (LEED). The entire brewery is designed to collect and harness rainwater, which involves an incredibly complicated and intricate underground labyrinth of cisterns, plunge pools and sunken gardens. Motion sensors control the levels of light pollution, and another 2200 solar panels onsite generate its electrical power. The Mills River site is a metaphor of the brewery’s commitment to green energy and self-sufficiency.

The saying goes that everything is Big in Texas, and this can be stretched to Austin’s Jester King Brewery, which is situated in a vast 58 acre estate. Jester King are a farmhouse brewery known for truly funky world class beers. By definition they are largely dependent on Mother Nature in their brewing practises, notably natural bacteria and yeasts but they have gone on to use their large space by farming it.

From growing blackberry and peach orchards, to using brewing by-products as fertiliser, Jester King aren’t reliant on unnatural fertiliser nor do they use potentially damaging herbicides. And they’re not stopping there. The founder, Jeffery Stuffings wrote on his blog “We still need to develop the ability to catch our own rainwater, treat our wastewater for irrigation, and power our boiler off of biofuels and/or brewery waste. In the years ahead, we will continue to make improvements that will ultimately make us a truly sustainable brewery."

The impact of climate change on hops

Brooklyn brewery’s brewmaster Garrett Oliver warned of the impact of climate change in his Oxford Companion to Beer in 2011, noting that the quality of premium Czech Saaz hops has already been affected and warned that other venerable crops will be affected in the future. Brooklyn partnered with Arbor Day Foundation and planted hundreds of trees in the Alluvial Valley in Mississippi. These trees, when fully grown, will help soak up and negate the carbon dioxide pollution emitted by the brewery.

We have all seen the effect that plastic is having on our oceans, whether it be endangering sea life or literally clogging the surface. One brewery, Saltwater in Florida made the news with their innovative biodegradable beer rings. Made from spent barley and wheat left over from the brewing process, these six pack carriers make a snack for turtles and fish.

But these initiatives aren’t limited to the States. In the UK, Toast ale, as the name hints at, uses surplus bread in the production of their beer. Replacing a third of the barley required in beer with bread they aim to cut food waste in half at consumer and retail levels. Stella Artois partnered with Water.org and have incorporated the charity in their mainstream advertising (with the help of Matt Damon), their joint mission statement to provide clean water to 3.5 million people in third world countries by 2020. Japan’s biggest brewery Asahi has also reduced carbon emissions significantly in the past few years and are wholly invested in reducing their footprint further.

Whether making steps to be self-sustainable or giving back to society and the environment, breweries from the very largest to the smallest are making great strides in their efforts to contain and minimise their impact on the planet through a variety of means.