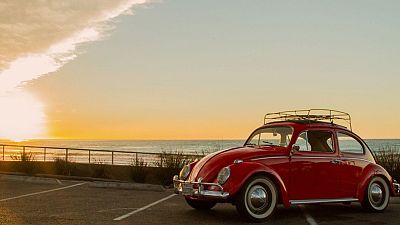 In Las Vegas every year there’s a show that celebrates all that is outrageous in the automotive world. Huge engines are the name of the game, and fuel consumption isn’t something that strikes high on the agendas of the visitors. You can smell the fuel from miles away.

And yet… the star of this year’s SEMA was a 1949 Mercury converted into an EV, an electric vehicle, from which not a puff of carbon monoxide will emerge. It looks, deliberately, as though it has just emerged from a remote barn after decades covered in chicken and straw but under the apparently dilapidated skin is current Tesla technology.

And this is by no means the first classic car to receive electric power. In fact, all around the world there are new companies sparking into life, turning beautiful classic cars into high-tech EVs. Some produce kits for the proficient DIYer, others build flawless turn-key cars for top dollar prices. One Californian company even runs on-site courses to teach EV conversions skills.

The king of them all is Jaguar, which produced an electric E-type that was famously driven away from the royal wedding by Prince Harry and Meghan – and it’s now selling identical conversions to its top customers.

But first, let’s get back to the 1949 Mercury at the SEMA show. It was built by Icon 4x4, another Californian company that’s best known for restoring classic 4x4s and building ‘Derelicts’ – barn-find lookalikes fitted with modern engines and transmissions under the skin.

Icon’s 1949 Mercury, a model immortalised by James Dean in Rebel Without a Cause incidentally, has been painstakingly rebuilt to look as though it’s just been found. However, instead of a gas-guzzling engine, it uses an array of Tesla batteries distributed around the car for best possible weight distribution, and a high-tech electric motor and transmission. The Tesla control modules are hidden within a mock eight-cylinder engine.

Icon founder and lead designer Jonathan Ward has strong opinions about electric vehicles. ‘Why are all production EV vehicles devoid of heart and soul?’ he asks. ‘Why is the aftermarket EV-conversion industry so slow to evolve and provide comprehensive systems and solutions? Why can’t you have the best of both worlds: the style and quality of a vintage vehicle with modern performance and functionality? We say you can have your cake and eat it too!’

His Mercury EV is one of the most sophisticated of the current classic car EV conversions, up with the Prince Harry electric Jaguar E-type ‘Zero’ in its use of modern technology. That car, first shown off by Jaguar at its annual technology showcase event in 2017, uses the same technology as Jaguar’s new I-Pace EV.

With cars built to order on fully restored 1960s E-types, each one costs over £300,000, though the conversion kit will be sold for £60,000. Cleverly, the batteries are built into an engined-shaped unit, and the electric motor sits where the original gearbox would have been – so that the conversion can now be carried out to any classic car originally powered by Jaguar’s venerable six-cylinder engine.

Thankfully there are much cheaper EV conversions available. In the UK, London Electric Cars take the humble 1948-71 Morris Minor – once so beloved of district nurses – and turns them into city-friendly EVs. To keep the costs down, the electric motor is connected directly to the original gearbox and clutch. This means that the Minor is still driven conventionally, though with an uncannily smooth, quiet ‘engine’ – the more expensive EVs just accelerate from zero to top speed without a gearchange.

Similarly the well-established Zelectric in San Diego convert classic Volkswagens, swapping the clattery four-cylinder engines for super-smooth electric motors, with prices starting at $56,000. It seems they’ve inspired fellow San Diego residents Electric GT as well, which recently built a classic Ferrari EV! In Helsinki, E-Drive [ is starting out on a build of 50 bespoke EVs based on restored 1960s MGAs, in and back in the UK RBW Classic Electric Cars is selling converted MGBs for £99,600.

Build your own classic EV

Perhaps you’re tempted to build your own EV classic? If that’s the case, then a great place to start would be EV4U, which not only fits conversions but also teaches how to carry out DIY conversions. If you can’t make it to one of their courses at their Shasta Lake, California HQ then they’ve published a series of fascinating YouTube instructional videos.

So an EV conversion isn’t cheap, and at the lowest level (the Morris Minor) the battery range is just 40 miles – though the top conversions will manage over 240 miles on a full charge. The great thing about them is that they’re quieter, smoother, and actually better to drive in many cases than the originals, because electric motors have unequalled pulling power, making for fast, smooth, fuss-free acceleration.

Oh, and they’re all as environmentally-friendly and guilt-free as any car can currently be. More so, even, because they’ve been upcycled rather than recently manufactured. What’s not to like?