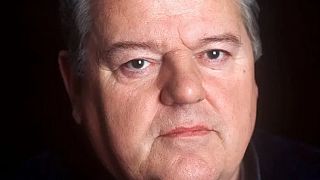 The Harry Potter, James Bond and Cracker star died at a hospital near his home in Larbert, Scotland.

The award-winning actor had been in ill health for the past two years.

Coltrane was born Anthony Robert McMillan in Rutherglen, Scotland in 1950. He attended Glasgow School of Art and Moray House College of Education in Edinburgh, and took the stage name Coltrane in his early 20s in tribute to jazz saxophonist John Coltrane.

Early film roles included Flash Gordon and Mona Lisa before he appeared on the small screen in Tutti Frutti then Blackadder the Third.

His mainstream breakthrough was his TV role as crime-solving psychologist Dr Edward ‘Fitz’ Coltrane in the murder drama series Cracker, for which he won three consecutive BAFTA best actor awards.

The series brought him critical success in the 1990s, which led to further major roles on the big screen, including two James Bond films: GoldenEye and The World is not Enough, in which he played Valentin Dmitrovich Zukovsky opposite Pierce Brosnan.

Coltrane made his Harry Potter debut in 2001.

He was made an OBE in 2006 and was awarded the Bafta Scotland Award for outstanding contribution to film in 2011.

His agent did not give details on his death but said Coltrane's family thanked the team at Forth Valley Royal Hospital in Larbert for their care.

Stephen Fry, who starred with Coltrane in the comedy series Alfresco, said the actor will be "so dreadfully missed".

Scotland's First Minister Nicola Sturgeon described Coltrane as a "Scottish entertainment legend" and said he will be "hugely missed".

Coltrane is survived by his sister Annie Rae, his ex-wife Rhona Gemmell and his children Spencer and Alice.

Harry Potter cast back on screens for franchise's 20th anniversary