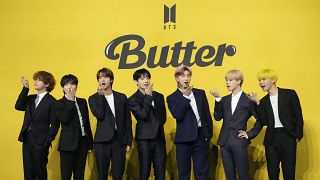 K-pop group BTS may soon be on the frontlines after comments from a top Korean commander.

The wildly popular band have rocketed to success around the world but shocked fans earlier this year when they announced they were taking a career break.

Speculation was rife that the pause was due to South Korea’s requirement for young men to do military service, and the recent comments made by the commissioner of the Military Manpower Administration will only add fuel to the fire.

Speaking to lawmakers, commissioner Lee Ki Sik said it was “desirable” that members of the K-pop group comply with requirements that all able-bodied men perform 18 - 21 months of military service in the interests of fairness.

He echoed earlier comments made by Defence Minister Lee Jong-sup to a parliamentary committee.

Will BTS have to serve in the military?

BTS reached world-wide acclaim when they released the first K-pop English language song, ‘Butter’. The band became the first Asian band to win artist of the year at the American Music Awards last year, and have met US President Joe Biden at the White House in May to discuss hate crimes targeting the Asian community.

The fate of the seven band members is a hot topic in South Korea, where public opinion is divided.

Oldest band member Jin faces enlistment after turning 30 in December, but the law provides special exemptions for athletes and classical / traditional musicians if they have won top prizes that enhance national prestige. These exemptions only apply to predesignated awards, not including the many accolades BTS have won.

Without a revision of the law, the government can take steps to grant special exemptions. But past exemptions for people who performed well in non-designated competitions triggered serious debate about the fairness of the system.

In a recent survey, 61 per cent of respondents supported exemptions for entertainers such as BTS, while in another, about 54 per cent said BTS members should serve in the military.

People who are exempted from the draft are released from the military after three weeks of basic training. They are also required to perform 544 hours of volunteer work and continue serving in their professional fields for 34 months.