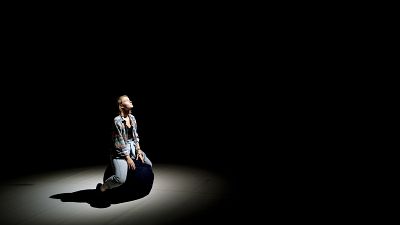 A century-old theatre in Budapest, which forms part of the prestigious Hungarian State Opera, has become the latest victim of sky-high energy prices, after its managers took the difficult decision to close the venue for the winter.

The Erkel Theatre welcomed its first visitors almost 111 years ago and takes its name from the renowned Hungarian composer, conductor and pianist, Ferenc Erkel.

But this year, organisers admitted that utility costs sparked by Europe's energy crisis have made heating the building unsustainable.

"Utility bills have become more expensive by eight-fold, sometimes ten-fold, so that's where we are for now. We're not one-hundred percent sure about any of these numbers, but I do know that the order of magnitude is huge", said Szilveszter Okovacs, director of the Hungarian State Opera. "Something needed to be done because, after all, people's wages and maintaining our other buildings are more important".

As Russia tightens its squeeze on gas supplies to Europe, Hungary, like many other European nations, is facing tough decisions as it tries to offset the consequences of the energy crisis.

To curb energy consumption, Hungary's government ordered a 25% reduction in the use of electricity and gas in public buildings -- including in cultural institutions --and decreed that they be heated to a maximum of 18 degrees Celsius.

The struggles faced by cultural buildings in the country are not limited to the capital. Indeed, many local authorities have also ordered theatres, cinemas and museums to close during the winter months to avoid being hit with excessively high utility bills.

In July, Hungary's government declared an "energy emergency", and made cuts to a popular utility subsidy programme that had kept bills among the lowest in Europe. As a result, many businesses and households saw prices of gas and electric dramatically increase in a short space of time.

Hungary faces EU judgement day that could hammer its economy

Hungary set to scrap energy price caps for some households