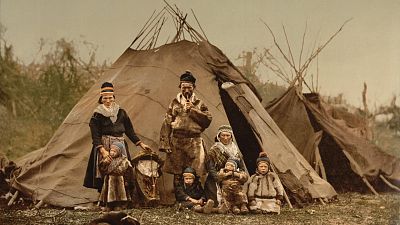 One of the biggest difficulties minority languages face is a lack of teaching resources.

That’s where the IndyLan project stepped in to try and create an app that would teach people about both the languages and cultures of Europe’s minority languages.

But with EU funding no longer available, the future of the project is unclear.

IndyLan was started by Katerina Strani, an associate professor at Heriot-Watt University in Edinburgh.

Strani had been working on an EU-funded project called “Moving Languages” which created an app to help newly arrived migrants and refugees learn the languages and cultures of European countries.

“It was quite popular and we got some really good feedback,” Strani says.

“Some of the migrants and refugees said that they wanted to learn the local languages of the land, so we came up with the idea of IndyLan.”

Teaming up with her university to help with the Scottish dialects, Strani - a Greek native who started learning Gaelic to become more integrated with the local culture in Edinburgh - reached out to representative organisations of some of Europe’s minority and endangered languages.

Strani enlisted the support of the Sámi council, which represents the Sámi people of Northern Sweden, Norway and Finland; the Cornwall Council, for Cornish speakers in South West UK; Asociación Moviéndote, for Basque and Galician speakers in Northern Spain and Southern France; and Learnmera Oy, a Finnish company that would help construct the app.

Whereas a language learning app like Duolingo might teach vocabulary and grammar, for IndyLan, it was important to focus on the cultures of the minority languages as well, in order to better protect and preserve them.

Clicking on the app's culture tab offers you information on the music, festivals, food and cultural practices of your chosen indigenous group.

“Languages don’t exist in a vacuum. They exist in ecology, in their own environment,” says Strani.

“For example, Northern Sámi has a lot of vocabulary to do with reindeer herding. Words which exist in a cultural context and a different climate to, say, Basque.”

“If you’re not familiar with these kinship structures, which are part of the culture, then you can’t really grasp or appreciate the language,” she explains.

And in some cases, the work to protect these languages is not carried out by the countries the cultures live within. For instance, Cornwall’s lack of country status in the UK means it is harder to create legislation to design teaching resources for the Cornish language in schools, unlike for the Welsh language.

Outside interests and funding woes

It’s a project that Strani feels strongly about as a way of establishing helpful resources for communities that have often been left wanting from interactions with outside interests.

“Many journalists or academics who have no real interest in these communities basically take advantage of them just to get clicks on an article or a citation in an academic paper,” Strani says.

“Communities need to know that there will be something in it for them. Not in an egotistical way, but if you’re using their knowledge, resources and time, to give them nothing feels quite exploitative.”

Despite the value of IndyLan, it has sadly run out of funding.

As a project started by a UK university, the EU funding it previously received is not available anymore. A pan-European approach for language learning, including UK minority languages, is now no longer under the remit of the EU, and any future project would have to focus on languages on a more individual basis.

It’s a shame, as Strani once envisioned a version of IndyLan that included languages like Frisian and Occitan. For now, the best solution has been to make the coding of IndyLan open source.

“I'm really sad that we can't develop this further. But on the other hand, I think the solution we found by making the app open source is a great solution. Because it means that communities can also take it and make it their own and remake it as they want.”

Pope apologises for 'evil' abuse at Indigenous schools in Canada