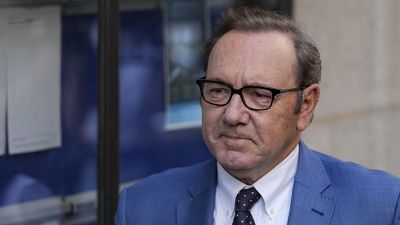 A judge on Thursday has ruled that Kevin Spacey and his production companies must pay the makers of ‘House of Cards’ nearly $31 million (approx. €30 million) because of losses brought on by his 2017 firing for the sexual harassment of crew members.

The ruling from Los Angeles Superior Court Judge Mel Red Recana gave the force of the law to the $30.9 million award in favour of MRC and other companies that produced the Netflix series by a private arbitrator who heard the case against Spacey.

The arbitrator found that Spacey violated his contract’s demands for professional behaviour.

As a result, MRC had to fire Spacey, halt production of the show’s sixth season, rewrite it to remove Spacey’s central character, and shorten it from 13 to eight episodes to meet deadlines, resulting in tens of millions in losses, according to court documents.

The 63-year-old Oscar winner’s career came to an abrupt halt late in 2017 as the #MeToo movement gained momentum and allegations against him emerged from several places.

Last month, Spacey pleaded not guilty in London to charges of sexually assaulting three men a decade or more ago, when he was director of the Old Vic theatre. His lawyer said he “strenuously denies” the allegations.

A further hearing will take place in 2023 and the judge granted Spacey unconditional bail.