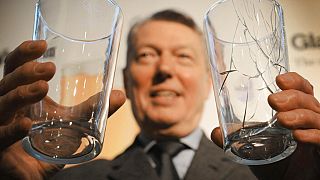 The UK government's plan to reinstate imperial measurements will 'bring British culture back', a Conservative minister has claimed.

Currently, retailers and traders must use metric measurements, like grams and kilograms, when selling packaged or loose goods - although the imperial equivalents can also be displayed.

Prime Minister Boris Johnson is expected to make the announcement on Friday to coincide with the Queen's Platinum Jubilee.

It will pave the way for pounds, ounces, feet and inches to be used more commonly in the country.

Speaking on Sky News, technology minister Chris Philip said the plan was "allowing a bit of our national heritage and culture back onto the shop shelf."

The move has been ridiculed by opposition MPs and members of Johnson's own Conservative party.

Labour MP Angela Eagle called it a "pathetic" attempt to "weaponise nostalgia", particularly at a time when the cost of living crisis is hitting families hard.

The revival of this old measurement system is part of a wider 'bonfire' of European Union (EU) rules remaining in UK law.

“This isn’t a Brexit freedom. It's a nonsense," said Tory MP Alicia Kearns, adding that "not one" of her constituents was calling for imperial measurements.

Another senior Tory MP and critic of Johnson, Tobias Ellwood, said it is far from the "visionary, progressive" thinking that his party requires.

There are worries that under 40s in the UK, who are used to metric, will struggle with yards or ounces and it will add additional pressure on businesses.

"The imperial measurement system has not been taught in UK state schools since 1974 ... common understanding of imperial measures is limited," said Greg Wood, a spokesman for the British Measurement and Testing Association.

"It is unclear what the actual benefit of permitting the wider use of imperial measurement would be to anyone."

He also pointed out that replacing metric with imperial measurements would have a "very significant cost impact" on British suppliers and producers, reiterating doubts about what the "actual short, medium or long term benefits to either UK businesses or UK consumers would be."

In a statement, the UK Department for Business, Energy and Industrial Strategy (BEIS) said: "This is an important step in taking back control of our national rules, and we will consult to ensure that we have the best evidence available on which to make changes.

"An assessment of any economic impact will be carried out in due course, as part of the normal policy-making process," they added.

What are imperial measures?

Imperial measures were defined in the UK by the Weights and Measures Act of 1824 and 1878.

Units for length or distance include inches, feet, yards and miles, while imperial units for weight and mass include grains, ounces, quarters, stones, pounds and tonnes.

In recent years the UK has used a combination of both metric and imperial measures. Beer is served in pints and roads are measured by miles, for instance. Like in the EU, metric units are used for other items, such as a kilogram of rice or litres of milk.

These are some examples of what imperial measures represent in the metric system.

When will the UK change to imperial?

So far, the government has said it will only review whether traders can revert to imperial measures.

On 4 June, the Queen's Jubilee, the BEIS said the government plans to publish a consultation on the use of imperial measures. The consultation will run for 12 weeks.

Johnson is said to be planning a 'bonfire' of EU regulations in a bid to shore up support among Brexit-backing MPs and voters.