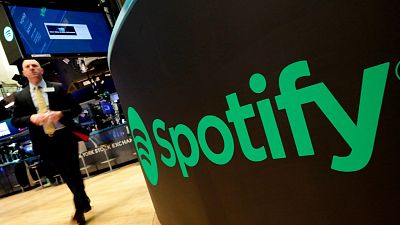 How would the world's legendary performers fare on streaming services and social media?   -   Copyright  AP Photo
By Shannon McDonagh  •  Updated: 01/12/2021

The music industry remains divided on whether streaming services are damaging or a force for good.

It's hard to imagine how some of our collective culture's biggest stars – many of whom are no longer with us – would have fared in a creative climate that relies heavily on the internet economy to get by.

Until now, that is.

An analysis of the listener and follower profiles of the likes of Elvis, Jimi Hendrix, and Aretha Franklin has found that some of these stars could have been raking in a considerable amount of money through means that didn't exist during the heights of their careers.

But is it as much as you'd expect?

Despite leaving us 18 years ago, the power of the 'Man in Black' lives on through legions of online listeners – 10 million people a month on Spotify, to be exact.

These metrics take into account Spotify, Youtube, and Instagram revenues, meaning it's likely the country star would tip past the million mark if other music platforms – Apple Music and Deezer, for starters – were taken into account.

Cash had a net worth of €53 million before his passing at the age of 71 and was still releasing music every few years.

The release of 'Hurt' the year before he died sent shivers down the spines of even casual fans.

With swing and jazz hits aplenty, there's a clear reason Frank Sinatra is responsible for the sale of 150 million records worldwide.

'My Way', 'That's Life' and ''Somethin' Stupid' make this fact easy to compute. The thought of Sinatra with an active Youtube channel is somewhat less trickier to believe.

But if he did, these estimates predict he could have made around €500,000 a year based off the people still tuning in to his music videos in 2021.

Bowie's grace and glamour mean 1.9 million people still follow the late star on Instagram as his estate highlight the best songs, looks, and memorabilia throughout his career as a pivotal British musician.

His creative output was relentless, his penchant for surprise releases strong.

These combined elements would have been much suited to the landscape of digital releases we continue to navigate.

Although, this isn't to say he didn't have an eye for new technologies in the music industry. In 1998, he became one of the first artists to connect with fans through a website, titled 'BowieNet'.

Our second-highest earner is the 'King of Rock n Roll’, Elvis Presley.

Famous for his quiff, sharp sense of style and industry-shaking vocal, his untimely passing meant he barely saw the advent of CDs, let alone streaming.

Had he been present in the era we find ourselves in – a time where every song in the world is virtually at our fingertips – Elvis would have benefitted from 13.5 million monthly Spotify streams.

It a huge sum that doesn't quite match his impact when it comes to physical ubiquity. The heartthrob's biggest selling body of work, 'Elvis' Christmas Album', lives in the homes of 20 million people.

Bob Marley may get slightly lower numbers on Spotify than some of the other artists on this list, but he trumps them all when it comes to what is 2021's most financially rewarding platform - Instagram.

Marley has 6 million active followers on there, placing him alongside some of the world's biggest stars today.

We can't imagine the reggae dynamo would succumb to influencer culture in the manner that has been popularised so heavily over the past decade. But if he did, it'd be to the tune of €1.45 million.

Where are the women?

There are no doubts that the top 5 artists on this list have made insurmountable contributions to music and would be handsomely rewarded for doing so if they were still alive.

Of the 20 people regarded as some of all our all time greats, only three listed are female: Aretha Franklin (10th), Etta James (16th), and Ella Fitzgerald (20th).

Each virtuosos of soul, blues, and jazz, they'd earn €1.35 million between them.

What does this say about who regard as the all time greats? It's hard to know. None of these artists were ever destined to produce music for the digital age.

Our modern day legends – many of them women – are still alive, and will continue to be influenced by the full list below.

Here are the approximate figures in total:

The data used for this story was compiled by Money.co.uk