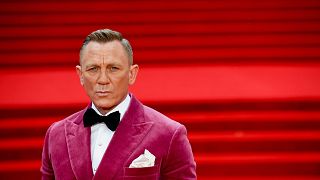 The producer responsible for the iconic spy franchise has revealed the search for a new James Bond won't begin until 2022.

Barbara Broccoli has been involved in the film's production for over forty years and was instrumental in current Bond Daniel Craig's tenure.

She told BBC Radio 4's Today Programme that the team will be holding off finding a new 007 to replace Craig, who will take his Aston Martin for one more spin in No Time To Die, until at least next year.

"We’re not thinking about it at all," said Broccoli, the daughter of late Bond producer Albert 'Cubby' Broccoli.

“We want Daniel to have his time of celebration. Next year we’ll start thinking about the future.”

Eon Production head and Barbara's half-sibling Michael G. Wilson added: “He’s been such a great Bond. Those are big shoes to fill. I can’t even [think if it’s] possible.”

The film has been delayed several times as a result of the pandemic and was originally scheduled to debut in April 2020. Reports estimate that it'll need to make at least €770 million globally to break even.

Talk of his replacement has been brewing since the actor expressed an interest in leaving the role after Spectre, released in 2015.

Last week, Broccoli revealed Daniel Craig only agreed to play Bond if he could be involved in "every part of the process."

The 53-year-old actor - who will be making his fifth and final appearance as Ian Fleming's fictional British spy - took some "persuading" to take on the iconic role, because he knew it would change his life forever.

He famously beat production's first choice Henry Cavill, who went on to become Superman, to the role.

Broccoli - who has worked on the Blockbuster franchise since she was 17 - revealed the actor has been a "tremendous help" in "all aspects" of the 007 films, from shooting stunts to helping with the scripts.

"The big problem was that he didn't want to do it, because I think he thought it was going to change his life dramatically and he was doing extremely well as an actor and liked the challenges of that," said Broccoli on the 'No Time To Die: The Official James Bond Podcast'.

She admitted people were "eating their own words" when the 'Spectre' star became hugely successful in the role, and went on to describe him as the "perfect choice."

"At the beginning, there was some resistance that Bond is not blonde and all this nonsense," added Broccoli.

It has long been said that the role of James Bond needs a shake-up and there are numerous actors in the running that could fit Broccoli and her teams next vision for the spy.

British actor Idris Elba has long been touted as a fan-favourite following his portrayal of detective DCI John Luther in the award-winning BBC series Luther and his more recent foray into Marvel franchises Thor and The Avengers.

Tom Hardy, well known among British cinephiles as the go-to tough guy with a heart, is also favoured by bookmakers, but refuses to speak about it as part of the "fraternity of acting".

Some factions of the franchise's fandom of long-desired for a woman to take the wheel. Though there has been hesitancy from production heads to entertain the idea, suggestions tabled have included everyone from Lupita Nyong'o to Suranne Jones.