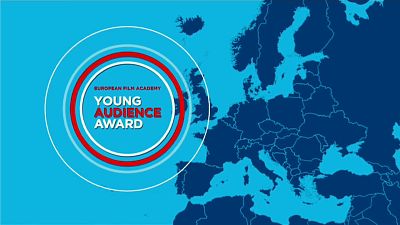 This year the European Film Academy is inviting 12 to 16-year-olds from across the continent to join its international jury, watch three nominated films, and cast their votes in the Young Audience Award.

The academy has been selecting the best European films for young people since 2012, and this year youngsters from 38 European countries are taking part, including Turkey, Russia and Georgia.

Nicola Jones, a member of the Academy and the director of a youth festival in Berlin, explained to Euronews how it works.

"They will have three to four days to watch all the three films online, on the website of the Young Audience Award of the European Film Academy, and they can use the online voting to make their decision about which film should be the winner," she said.

"Some countries really have an American domination of films, maybe more than other countries, and this young audience award can give once a year this highlight," Jones added.

From Norwegian director Johanne Helgeland comes The Crossing, an exciting historical adventure film about four children who have to flee from the Nazis during World War II.

And animation, which is booming across Europe, has not been forgotten as Wolfwalkers, a co-production between Ireland and Luxembourg, has also been chosen.

Finally, there is Pinocchio by Matteo Garrone, the author of Gomorra, who brilliantly revisits one of the most famous European tales.

All the films can be found on the European Film Academy's platform and the awards ceremony will be held online on April 25th.