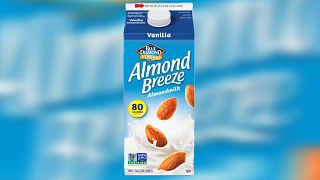 For many, almonds and avocados are considered superfoods. And for most vegans, they've always been considered safe foods, meaning that they have both been considered as totally free of animal byproducts or animal labor.

Of course, times (and farming practices) change and now anarticle published by The Times is causing a viral debate about whether these two popular foods are actually suitable for vegans.

In the article, Dominic Wilkinson, director of medical ethics at Oxford University, encourages the vegan community to consider the role bees play in pollinating almond and avocado trees. Since bees are animals, and many vegans do avoid honey because its made by bees, Wilkinson thinks vegans should rethink whether eating almonds and avocados really satisfies what it means to abstain from all animal by-products.

Wilkinson's research found that 31 billion bees are transported from out-of-state to California each year. And that's just to pollinate the almond crop.

"Simply stated, flowers need to be pollinated to produce fruit. Almonds are not self-pollinating," explained Rick Ray, a food scientist at Growing Naturals, told TODAY Food. "Avocados can self-pollinate, but they really do need the bees' help because the male and female parts aren't open at the same time."

According to an NPR report which followed a 15-billion bee shipment from Louisiana in 2017, thousands of hives at a time are loaded onto trucks and brought to California. The Golden State is currently the world's largest producer of almonds. It also grows more avocados than any other state. But it simply doesn't have enough bees to satisfy the growing demand.

"For three days, these bees have not been able to fly, so when the nets come off, they create this huge black cloud," said NPR's Robert Smith, who compared the moment when the bees are finally released in California to a scene in a horror film.

"To say that because the bees were shipped in, they are stressed, seems an argument on which I have seen no evidence," said Ray. "I am not sure there is any evidence to show the exact distance between where a bee comfortably flies to pollinate or wakes up one morning after a night's sleep of travel and then flies to pollinate in their new home.

He added, "Maybe their new radius to pollinate is less and they get to work half days. Then they are less stressed."

Still, Ray said there's no denying that moving honeybees across the country is unnatural.

They weren't migratory until beekeepers started moving and renting out their hives. Before the era of the automobile, beekeepers transported their bees on horseback.

Regardless of the mode of transportation, anyone who has ever traveled to another time zone and/or climate knows how stressful it can sometimes be to cross the country. On the extreme end, if a semi-truck hauling rental bees crashes, hundreds of thousands of bees can die or be released into an unfamiliar and potentially harmful location.

Even if the bees arrive at their final destination, usually California's Central Valley, it's easy for them to catch insect viruses from bees brought in from other hives.

Since the article was published Monday, hundreds of people weighed in on various social media platforms on both sides of the debate:

However, without this tiny traveling workforce, the country's crop production would decrease by around 33 percent.

In addition to avocados and almonds, the U.S. (and the world) would have far fewer apples, blueberries, broccoli, cherries, lettuce and melons. In other words, vegans would have even fewer foods to eat.

Ultimately, however, it's up to individual vegans (not the scientific community) to decide what they can and can't eat. If they look to PETA for direction, they'll probably lean toward avoiding anything involving bees. One PETA resource, "Do Vegans Eat Honey or Use Bee Products," now says that there has never been a better time to avoid bee-related products altogether due to the substantial decline of the world's bee population.

However, if vegans look to fellow vegans for guidance, then it might be easier to justify a breakfast of avocado toast or a handful of almonds in the afternoon.

In response to this new debate, @Vegan on Twitter, which has 245K followers, tweeted that the world needs more vegans, not "more people redefining veganism in a stupid arbitrary way."