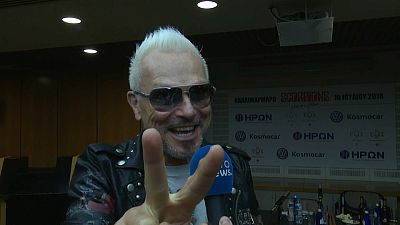 Almost 20 years after their historic appearance with the Berlin Philharmonic, the Scorpions are reprising the event with the Athens State Orchestra.

Famous throughout Europe for their ‘Wind of Change’ anthem, Schenker believes it’s only a matter of time before that spirit returns.

Their concert, at the Panathenaic Stadium in Athens on July 16th, is being billed as a "once in a lifetime" event.