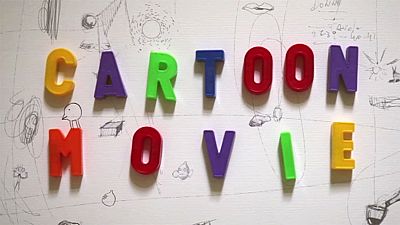 It has been dubbed the Cannes Film Festival of Animation.

But never mind the Red Carpet…‘Cartoon Movie’ in the French city of Bordeaux is all about business – bringing together hundreds of producers, directors, investors, distributors and others to get European feature-length animated films made and seen.

The event’s director Marc Vandeweyer says that since ‘Cartoon Movie’ was launched in 1999, five times as many European animated films are now being made.

“Even better, we used to have 20 million people worldwide going to the cinema to see European animated films. Since ‘Cartoon Movie’ it has gone up to 220 million – that is 11 times more,” he told Euronews.

Cartoon creativity is all around, with more than 50 animated feature projects on show, looking for financing. Professionals from over 40 countries have gathered in Bordeaux from March 8-10, ready to be impressed.

Our correspondent Wolfgang Spindler said: “Cartoon Movie is today the most important co- production for European animated film. It is all about a lot of money and the quality of the films is remarkable. Overall, 14 movies which got their financing here in the past made it to an ‘Oscar’ nomination – that’s quite a remarkable record!”

Masha and the Bear: Russian duo clock up 55 billion views on YouTube

Three stunning animation films to look out for