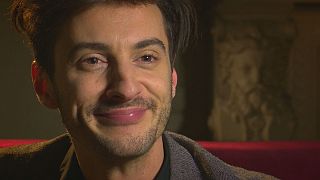 “Musica” had the privilege of filming the pre-dress rehearsal of “Fantasio”, at the Théâtre du Châtelet in Paris, and to interview Thomas Jolly, the stage director. One of the questions asked was: ‘Are you optimistic about the future of the arts?’

Culture is one of the tools necessary for living together, and an instrument to attain 'meaningfulness', two things we lack today.

“Coming from Normandy, I could reply the ‘Norman way’: yes and no! Let me explain. Yes, I am optimistic because I think that the more we are in front of our screens, the more we are in virtual relationships, and I’m talking social networks, smart phones, Internet and so on, the more we shall need to be here, together, in the same place at the same time; this is ‘the’ solution we need today.”

Jolly visibly warmed to his task as he set out his defence of the arts.

“Therefore, theatres and opera houses are bound to be full, live performing places are bound to attract crowds, and they’ve been so for the past 2,500 years, and if the arts are still around it’s because they must be around, otherwise they would have disappeared.”

Yet Jolly recognises that the arts cannot exist in a bubble, divorced from the world around them.

“But, at the same time, what I don’t understand is that in such troubled times, characterized by fraction and division, all this is exploited in a political way, and this is dangerous, I think, because for me ‘political’ should be used in its noble sense, from the ancient Greek word ‘polis’, the city, therefore ‘unity’, and this is not the case.”

Jolly is French, and therefore possibly mindful of the political upheaval his country is going through. France elects a new president in May, and like many other EU nations, France is struggling with the rise of the far-right.

“Now, culture is one of the tools necessary for living together, and an instrument to attain ‘meaningfulness’, two things we lack today, because there’s no meaningfulness, and the future is uncertain, which generates anxiety. Living together is impaired by such anxiety so I don’t really understand why our politicians don’t take a sweeping cultural action to solve all those fractions and divisions! I do think that culture, and intelligence, can save the world, I do believe that, so I stay optimistic, I do!”