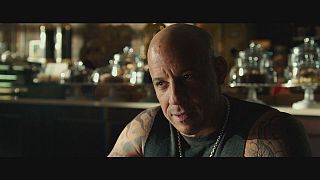 It’s 15 years since the first film of this popular action saga and this third movie in the series had its premier in Mexico earlier this month.

The cast is convinced its going to be a big hit with audiences.

Recruiting an all-new group of thrill-seeking cohorts, Xander finds himself enmeshed in a deadly conspiracy that points to collusion at the highest levels of world governments.