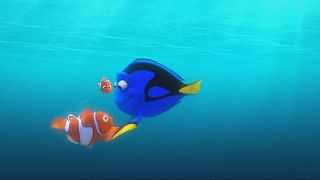 The world of animation saw box office records and awards this past week.

Filmed using puppets, the story is based on the novel Courgette, about an orphan trying to adapt to life in a foster home.

“Dory”, voiced by comedienne Ellen DeGeneres, is a blue tang fish who suffers from memory loss, but one thing she can remember is that she became separated from her parents as a youngster. An adventure ensues, one that has already broken the nine-year-old record for best domestic animated opening, set by Shrek the Third in 2007.

Following its critically-acclaimed premiere at Cannes, Claude Barras’s stop-motion feature My Life as a Courgette scooped the Audience Award and the Cristal Award for best feature film at the Annecy International Animation Film Festival.

Filmed using puppets, the story is based on the novel “Courgette”, about an orphan trying to adapt to life in a foster home.

Loosely based on the Grimm Brothers’ fairy tale, The Girl, it has a minimalist animation style, inspired by the brushstrokes of Chinese calligraphy. It tells the story of a struggling miller who, amid harsh times, sells his daughter to the Devil.

The haunting animation features an old lady who has lost her mind, but takes a trip to the seaside nonetheless.