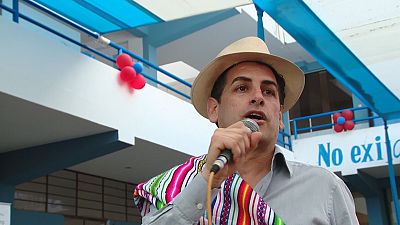 Juan Diego Flórez inspires thousands of children in his home country Peru with his foundation “Symphony for Peru.”

The tenor superstar explained how it works.

“The children go to a centre after school three hours a day in the afternoon, five or six days a week and they practise, they play in the orchestra, they sing in the chorus.”

“…but if that kid feels that there is something for him that they can make music then they feel that they are somebody and that changes everything because that richness that comes from the music, that comes with the music conquers the material poverty.”

“They become better kids at school.”

“At home also very importantly the violence, the domestic violence, diminishes considerably. Another aspect that is diminishing a lot because of ‘Symphony for Peru’ because they play and they sing is the child labour. We are talking about poor children that many of them work in the streets, you know. This diminishes considerably, 90 percent and this is of course supported by a study that we did.”

“The kids become like an example for their parents and this is very powerful.”