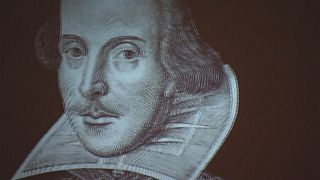 Shakespeare in Ten Acts is an exhibition about the performances that made the Bard into the icon that we know today.

It looks at ten key performances of his works, from the first showing of Hamlet at the Globe Theatre around 1600 to a contemporary version of that play in the digital age.

The event marks the 400th anniversary of the writer’s death.

Staged at London’s British Library, it will showcase more than 200 unique and rare items.

Highlights include the first published copy of Hamlet from 1603 and an engraved human skull given by writer Victor Hugo to actress Sarah Bernhardt, which she used when playing Hamlet in 1899.

“We’re not just looking at Shakespeare the man or his most famous plays, we’re focusing in on ten significant performances of his work that tell us something about the way that his plays have been constantly reinvented through the ages, says Zoe Wilcox, the lead curator.”

It features portraits and memorabilia of some key events such as the first moment a women performed Shakespeare in 1660 and of Ira Aldridge, the first black actor to play “Othello” on the London stage in 1825.

“We have created a really atmospheric, immersive experience that takes you through these 10 acts, every one with a very different look and feel to the one before,” Wilcox added.

“We are using the full range of things we have at our disposal to bring them to life, so sound, video, costumes, props, paintings, everything we can to give people a sense of what those performances would have felt like had you been attending them.”

The one thing no-one is certain about is what Shakespeare actually looked like. A screen at the library shows various portraits that claim his likeness.

Shakespeare in Ten Acts runs until 6th September at the British Library.