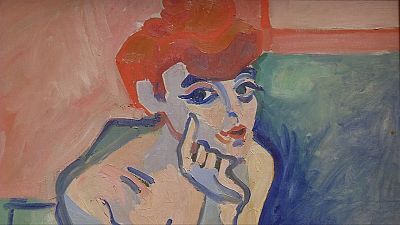 One of the world’s most respected museums has become the first to stage an exhibition on prostitution.

‘Splendour and Misery. Pictures of Prostitution, 1850-1910’]=42671&no_cache=1 at Paris’ Musée d’Orsay brings together a collection of paintings, photographs and films examining prostitution in the late 19th and early 20th century.

Picasso, Chabaud, Lautrec and Van Gogh are just some of those who depicted the world of prostitution, its cruel realities and its fantasies.

“There was a deliberate will on the part of these artists who chose to represent modern prostitution to transgress social codes and frighten the Bourgeois,” says one of the show’s curators, Isolde Pludermacher.

Besides the paintings, the show has also drawn on the vast collection of police records, photographs and pornographic material from France’s national library, as well as artefacts and a dozen films about prostitutes, including Luis Buñuel’s ‘Belle de Jour’ with Catherine Deneuve.

From the up-market courtisanes to the modest brothel girls, these ladies of the night often fascinated artists seeking new approaches to the female nude.

“These women dressed in a very flashy way, with very lively colours, they wore makeup in a very different way to women from the bourgeoisie,” says Isolde Pludermacher.

With the advent of photography came a new medium to represent prostitution. Photographers were prohibited from working inside brothels, so they recreated the scenes in their studios. The photos were sold illegally.

‘Splendour and Misery. Pictures of Prostitution, 1850-1910’ runs at the Musée d’Orsay until January before moving to Amsterdam’s Van Gogh Museum.