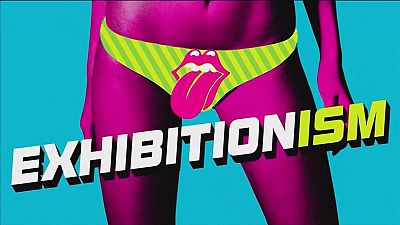 The Rolling Stones have compiled an exhibition looking back at a glittering career that spans five decades.

The items on show include guitars, set designs and costumes.

Tickets for the Rolling Stones EXHIBITIONISM go on sale this Friday at 9am BST! #StonesIsmhttp://t.co/ZB55V3B1bPpic.twitter.com/rpekSJ1Clw

The show plots the changes in style the band has undergone over the decades.

.@edsheeran & the Rolling Stones are now on stage performing Beast Of Burden! https://t.co/3HUwT90Wei#StonesKC

Keith Richards has fond memories of the swag on show: “All the bits and pieces and the technology and instruments and stuff, things that have passed through your hands in that time are very interesting, at least to me because half of them are stolen.”

‘Exhibitionism’ opens at the Saatchi Gallery next April before visiting 11 other cities on a four-year world tour.