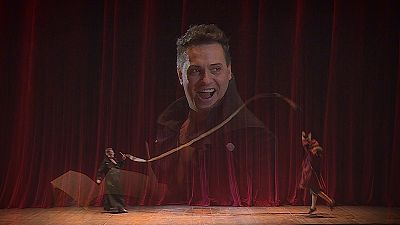 Mozart’s Don Giovanni', is a joyous drama that, by telling us of the feats of the unrepentant seducer, reveals the pain of longing and the agony of unfulfillment. It has been a huge hit at Monte Carlo’s Opera House, a must-see for true music lovers, with a star-studded cast including Uruguayan bass-baritone Erwin Schrott, in the role of Don Juan.

He's basically a man who's looking for the impossible, which is what we all are after

“He’s basically a man who’s looking for the impossible, which is what we all are after: reason, awareness, security; although none of us… I think that ‘doubt’ is the essence of our life,” said Schrott of his character.

Those seduced by the Don also have their complexities, as soprano Sonya Yoncheva, (Donna Elvira) explained: “I think that Elvira is attracted to Don Giovanni because he’s a ‘bad boy’. I imagine my character as a woman in love, passionate, but also endearing, a little childish but also feminine, a woman who discovers the world of love and sensuality, and sexuality.

Unfortunately with a monster! What I really like is the idea that maybe her naiveté, her purity, can inspire human feelings in Don Giovanni, ‘the monster’.”

Playing Donna Anna was almost a liberating experience for soprano Patrizia Ciofi: “What does Donna Anna enable me to do that I wouldn’t do in real life? I know that through her I learnt to face my real feelings, to look inside myself, to recognise a real loving relationship from one which wasn’t … as with all my characters… I learnt to live a bit more fully.”

Schrott has won many plaudits for his portrayal of Don Giovanni and he admits it is a role he relishes:

“It’s an imaginary character, a fiction, but as soon as I’m asked ‘How come you’re so good at Don Juan?’ and I reply it’s my passion, my respect [for the character], people go: It’s a lost battle from the start because you have a stereotype in mind: the Latin man, from Uruguay, a seductive voice, bla bla bla… I’ve lost already! No point in saying ‘no’, your stereotype wins: eight-nil!”