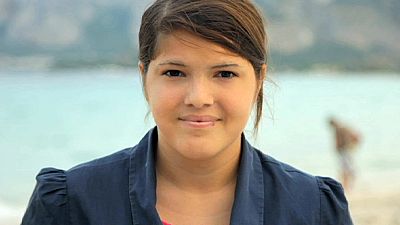 The ‘Seed of Change’ scheme is growing solid roots in Palermo. In an abandoned nursery in one of the poorest neighborhoods in the city, the project has brought together a group of young people.

The project aims to reinforce awareness of social rights and promote communication between young people from different countries.

The scheme inspired Sherin, a young girl who has decided to embrace the mission of helping other people, to sign up for a volunteer programme in Barcelona:

“It was an amazing experience. People from other cities came to us,” she enthused: “We’ve learned a lot – especially other languages – by communicating with people we didn’t know before.”

The group activities also served to draw Sherin’s attention to issues she wasn’t previously aware of.

Francesca, another young girl from Danissinni, is equally enthusiastic about the project and appreciates the way local councilors are responding to the ‘Seed of Change’ project:

“We have also been to the town hall. The councilors were fantastic. We wrote them a letter and read it out to them.”

‘The Seed of Change’ is a collaboration between several countries, including Italy, Greece, Spain and Lithuania.

Its main goals are to motivate youngsters and raise awareness of their own rights, so that they will be better prepared to find a job in the future.

Ana Afonso, one of the project coordinators in Palermo spoke of the difficulties facing young people in her city: “Gender relations in Palermo are still traditional: men work, and women don’t. For young people living in such circumstances, it seems almost absurd to come and talk about rights. Because everyday they see their rights being disrespected.”

Chat: fight for your youth rights!