Follow events as they unfolded on Wednesday in our live blog below, or click the video player above to watch the latest updates:

That's our live blog coming to a close for Wednesday evening.

We're back early on Thursday morning with all the latest developments.

Prosecutor General Iryna Venediktova said her office charged Sgt Vadin Shyshimarin, 21, in the killing of an unarmed 62-year-old civilian who was gunned down while riding a bicycle in February, four days into the war.

Shyshimarin, who served with a tank unit, was accused of firing through a car window on the man in the northeastern village of Chupakhivka. Venediktova said the soldier could get up to 15 years in prison. She did not say when the trial would start.

Venediktova’s office has said it has been investigating more than 10,700 alleged war crimes committed by Russian forces and has identified over 600 suspects.

Many of the alleged atrocities came to light last month after Moscow's forces aborted their bid to capture Kyiv and withdrew from around the capital, exposing mass graves and streets and yards strewn with bodies in towns such as Bucha. Residents told of killings, burnings, rape, torture and dismemberment.

Volodymyr Yavorskyy of the Center for Civil Liberties said the Ukrainian human rights group will be closely following Shyshimarin's trial to see if it is fair. “It’s very difficult to observe all the rules, norms and neutrality of the court proceedings in wartime,” he said.

Inside the 'Flying Kremlin': What does Russia's 'Doomsday plane' mean for the war in Ukraine?

The Flying Kremlin is a Russian-made Ilyushin Il-80 plane, and made its first appearance in over a decade at Moscow’s Victory Day parade on Monday. 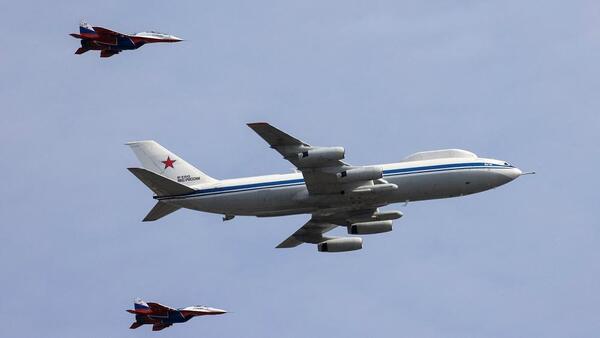 One person has been killed and three others wounded in southwestern Russia after shelling from Ukraine, the Russian governor of the affected region said Wednesday.

"At the moment, one person has lost his life, he died in the ambulance, and there are three injured," Belgorod region governor Vyacheslav Gladkov said on the Telegram messaging app.

He said the situation was "the most difficult" his region had seen since Russian President Vladimir Putin sent troops into Ukraine on 24 February.

Gladkov accused Ukraine of targeting the village of Solokhi, saying one house had been partially destroyed.

British Prime Minister Boris Johnson has been in Sweden and Finland on Wednesday, and promises to defend the Nordic nations in case of any aggression. 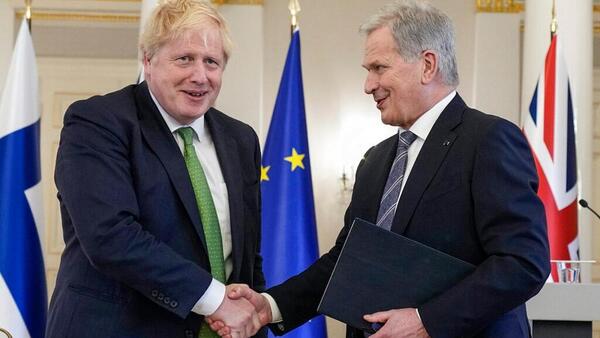 Several Italian websites, including those of the Ministry of Defence and the Senate, were targeted by a group of pro-Russian hackers, according to media reports in Italy on Wednesday evening.

Access to these sites was however restored a few hours later.

The defence ministry website said it was "under maintenance" but the ministry later said in a statement that it was a "long planned maintenance operation".

The Senate website, which was inaccessible in the early evening, was operational after 18:00 GMT.

"The attack, claimed by the pro-Russian collective 'Killnet', has not compromised the infrastructure for the moment, according to our information, but has complicated access to various sites," wrote the daily Corriere della Sera in its online edition.

Several other institutions or companies were also attacked, including the Higher Institute of Health (ISS), but all the sites have resumed normal operation.

According to the AGI agency, the hackers also tried to attack the Eurovision website, without success.

Last August, Lazio, the region of Rome, suffered a large-scale attack, the main consequence of which was that bookings for the anti-Covid vaccine were stopped.

WHO members vote for Russia office to be moved

Members of the World Health Organization’s European region have condemned Russia’s war in Ukraine, which could result in moving one of the agency’s offices out of Russia and suspending all meetings there until Moscow pulls its troops out of Ukraine.

In a statement after a resolution passed on Tuesday, countries in the WHO’s European region said they were “highly concerned” over the situation in Ukraine that was “triggered by the unprovoked and unjustified military aggression by the Russian Federation against Ukraine.” More than 40 countries, including France, Germany, Italy, Sweden and the UK, voted in favor of the statement, while Russia, Belarus and Tajikistan voted against it.

The resolution said the WHO should do “whatever is possible to support the government in Ukraine” and to consider the possible relocation of the United Nations health agency’s Moscow-based European Office for the Prevention and Control of Non-communicable Diseases to another country. It also asked the WHO’s European director to consider temporarily suspending all meetings in Russia until the country withdraws its military forces from Ukraine.

When Russia first launched its invasion of Ukraine, “we thought there was a Goliath and a David,” Mario Draghi told reporters at a news conference in Washington. But “what seemed like an invincible power has proved” not to be, Draghi said, referring to Russian forces’ inability to overcome the defense mounted by Ukraine’s military, with heavy Western backing.

Draghi spoke after meeting with President Joe Biden on Tuesday. Draghi says he urged Biden to push to get all key players, including the United States and Russia, into talks to end the war.

But any rush to close a peace deal that leaves Ukrainians angry and resentful risks a return to fighting, the Italian leader said Wednesday.

“We have to remove any thought that we can reach an imposed peace,” Draghi said. “That is a recipe for disaster.”