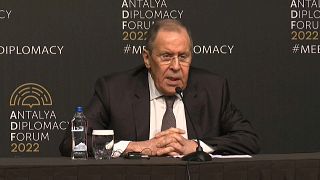 "Russia is ready to continue talks with Ukraine within the framework of the existing format in Belarus, but it is too early to organise a summit meeting between the two countries' leaders", Foreign Minister Sergei Lavrov said on Thursday.

Russia's top diplomat spoke in the Turkish resort town of Antalya after he and Ukraine's Foreign Minister Dmytro Kuleba held their first face-to-face talks after two weeks of war, amid international outrage over Moscow's bombing of a children's hospital.

Responding to a reporter, Lavrov said that Russia is not planning to attack other countries and that his country "did not attack Ukraine either".