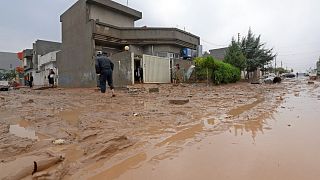 At least eight people have died and more are feared injured amid severe flooding caused by torrential rainfall in northern Iraq, Iraqi officials said on Friday.

The flooding comes as the Kurdish region copes with a record dry year. Water levels this year at Darbandikhan dam were the lowest in its 65-year history.