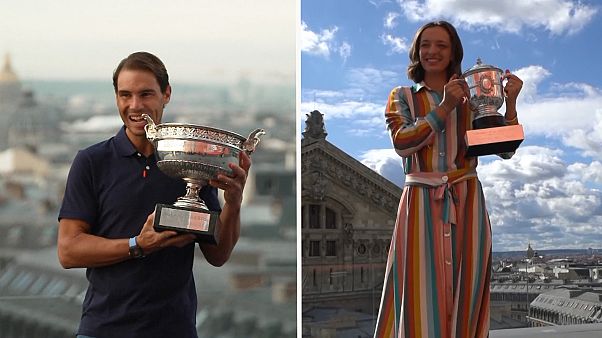 Rafael Nadal mimicked his famous 'biting trophy' pose as he celebrated his latest French Open success on a rooftop in Paris on October 12.

Iga Swiatek also posed for pictures on top of the Galeries Lafayette rooftop clutching her French Open trophy in the Paris sunshine.

The 19-year-old became the youngest women's champion at Roland Garros since 1992, with a 6-4, 6-1 victory over the Australian Open champion Sofia Kenin on Saturday.

The world number 54 is the lowest-ranked champion in Roland Garros history and the first Polish tennis player to win a Grand Slam singles trophy.