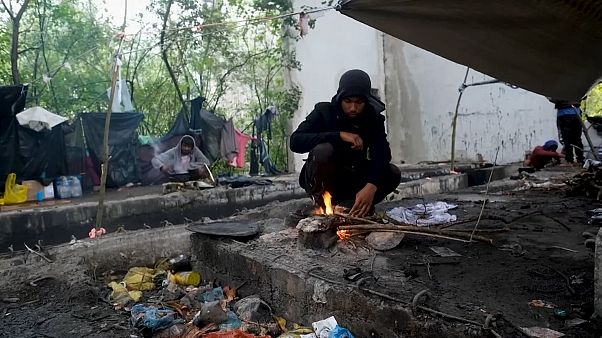 As the autumn chill and rains set in over northwestern Bosnian towns, a sense of desperation hangs over hundreds of migrants who live in the remote woods outside the towns.

The migrants have built tents in the forests after local authorities in the northwestern Krajina region decided last month to start pushing them away from urban areas, even kicking them out of the existing UN-run reception centers there.

Remote woods, abandoned buildings and roadsides on the fringes of northwestern Bosnian towns are steadily filling with makeshift camps.

Authorities there say they are bearing the brunt of the lingering migration problem and that other parts of the country are failing to step in and help.

The EU has so far provided Bosnia with 60 million euros ($70 million) in emergency funding, most notably for seven migrant centres, including several in Krajina.

However, Krajina authorities began emptying existing reception centres and driving migrants to desolate areas with no access to medical care or sometimes even food.

In response, police forces of adjacent regions started blocking migrants from walking back to their areas.

Aid organisations and volunteers helping migrants on the ground in Krajina warn that the situation there is fast taking on crisis proportions.

The number of migrants scavenging forests for food and bathing in the already freezing cold rivers continues to grow.

Bosnia in 2017 became a bottleneck for thousands of migrants from the Mideast, Asia and North Africa seeking better lives in Europe when other nations closed off their borders.