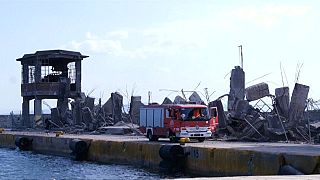 A magnitude 5.1 earthquake rattled the Greek capital Athens on Friday (July 19), briefly knocking out power and telecommunications in parts of the city and sending people running from buildings in panic.

The European Earthquake Monitoring Centre recorded the quake's epicentre at a point 22 km (14 miles) northwest of the city at a depth of 15 km in an area affected by earthquakes in the past.

Part of an old structure that had been preserved for the decades collapsed at the port of Piraeus and an abandoned building in the centre of Athens was heavily damaged.

The Acropolis, a complex of ancient Greek buildings including the Parthenon located on a rocky hilltop overlooking the capital, was intact, according to the authorities. It is one of the world's most-visited historical landmarks.

Two people were lightly injured by falling debris, health ministry officials said. In the port city of Piraeus, an abandoned structure on a port quay collapsed.