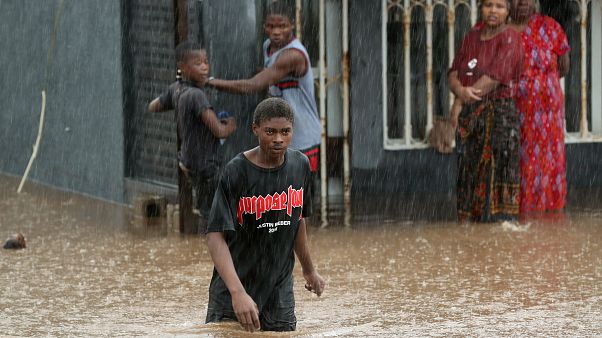 Mozambique hit by flooding in aftermath of Cyclone Kenneth

Cyclone Kenneth, packing storm surges and winds of up to 280 km per hour, struck Mozambique's northern coast just six weeks after Cyclone Idai, which flattened the port city of Beira and left entire villages under water.

Kenneth could over the coming days dump twice as much rain on Mozambique, the World Food Programme has warned, sparking fears the impoverished nation could suffer another bout of deadly floods.