Victims of US gun violence pay a high price – and it is not just their health.

A new study has found survivors of shootings, on average, rack up charges of $5,254 (4,468 euros) for their emergency medical care.

It was published just hours after gunman Stephen Paddock slayed 58 people at a country music festival in Las Vegas.

The massacre also saw more than 500 people injured, although it is unclear how many suffered gunshot wounds.

It is this somewhat forgotten group – those injured by guns – that the study looked at over an eight-year period, from 2006 to 2014.

The research, published in the journal Health Affairs, found that more than 100,000 people are shot in the United States each year, at a cost of $2.8bn (2.38 billion euros). 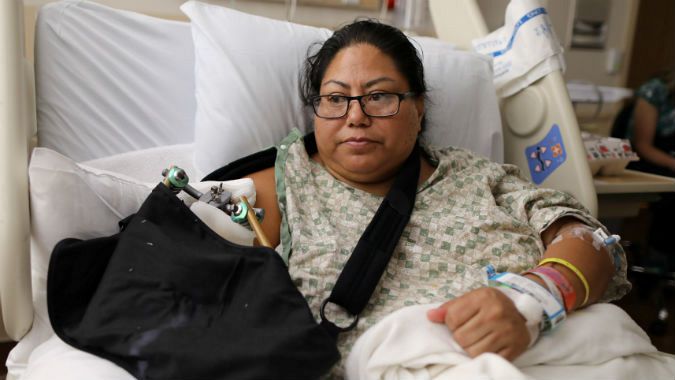 Paola Bautista, 39, from Fontana, California, sits in her hospital bed after being shot at the Route 91 music festival in Las Vegas.

Who ends up footing the bill for US gun violence?

In the aftermath of the Las Vegas attack, a crowdfunding page was created to raise money for the victims.

It had amassed $9.1m (7.7m euros) at the time of writing, although it is unclear how much of this will go to pay victims’ medical bills.

How could Trump’s proposed healthcare reforms impact on this?

One of Donald Trump’s key campaign pledges was to reform so-called Obamacare, which extended healthcare to 20 million people.

His reforms, which have so far failed to make it through Congress, involve cuts to healthcare for the poor and allowing insurers to offer less coverage.

The changes, said Faiz Gani, one of the study’s authors, could hit those who have been injured by US gun violence.

“The new administration is yet to pass the legislature pertaining to healthcare,” Gani told Euronews.

“But what is clear though is that limiting access to care and insurance coverage for vulnerable patient groups would adversely impact patients’ ability to bear the costs of their treatment and care.

“This is particularly important for the group of patients injured in firearm violence,” Gani added, noting that a majority of patients were either uninsured or paid medical bills out of their own pocket. 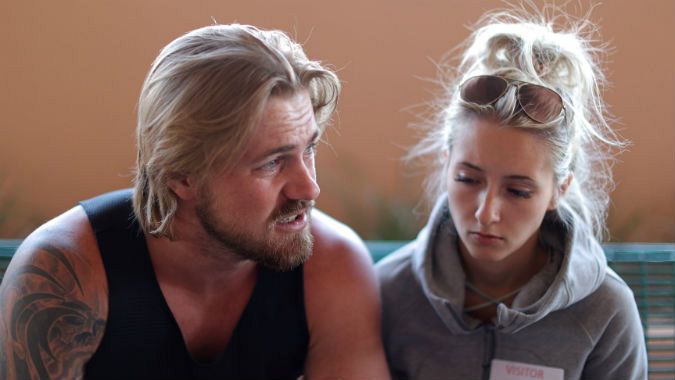 Braden Matejka, 30, and his girlfriend Amanda Homulos, 23, from British Columbia, Canada. Braden was discharged after being shot at the Route 91 music festival in Las Vegas.

Why this research could be important in reducing gun violence

The study said that while firearm-related injuries are a major health concern, with significant financial costs, research in this area has been limited because of a lack of funding.

It claimed that while gun violence is responsible for roughly as many deaths as sepsis, funding for gun violence research is equivalent to 0.7 percent of the funding allocated for sepsis.

For every hundred articles published on sepsis, researchers added, only about four are published on gun violence.

“The study really focused on an area with limited existing research,” Gani said. “This is largely due to the politicised nature of firearm injuries and gun violence in America, and the limited funding available to study these injuries.

“The majority of conversations focus on the number of lives lost and therefore do not account for the substantial number of patients who are injured and survive their initial injury.

“Until we adopt an evidence-based approach relying on data on all patients injured by firearms, we cannot inform appropriate policy to ensure that we aren’t continually having the same conversation and witnessing the loss of life and health in the future.”