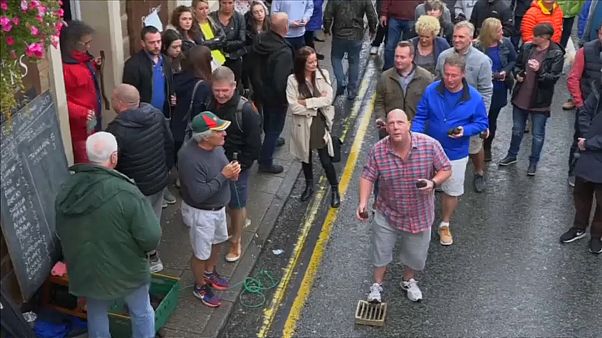 The annual World Black Pudding Throwing Championships have taken place in the northern English town of Ramsbottom, near Manchester.

Several hundred people are thought to have taken part in the event which involves hurling the traditional dish into the air in order to knock as many Yorkshire puddings off a plinth as possible.

The competition has been going in modern times for about 25 years and attracts thousands of spectators.

Black puddings are a traditional savoury dish in the north west of England as well as in Scotland and Ireland.

The competition to remove Yorkshire puddings from a raised platform is thought to relate to an historic rivalry between Lancashire and Yorkshire.