Iraqi forces have been celebrating after a long and bloody battle to retake Mosul from the so-called Islamic State.

But what has been the cost of their victory?

We’ve spoken to international agencies and NGOs to find out what has been sacrificed to wrestle back control of the Iraqi city.

How many civilians have been killed?

Airwars, a UK-based NGO that monitors airstrikes in Iraq and Syria, says it has tracked more than 7,200 alleged civilian casualties in and around Mosul that have been blamed on the US-led coalition.

But, it says, many of the incidents remain difficult to vet and in many cases other forces, often ISIL or Iraqi, are blamed alongside the coalition.

Nevertheless researchers for the NGO estimate between 900 and 1,200 civilians were killed by coalition airstrikes since last October.

Human Rights Watch says a US airstrike on March 17 killed up to 200 people after a 500-pound bomb was used to target two ISIL fighters on a roof.

Meanwhile up to 980 Iraqi soldiers are thought to have been killed and more than 6,000 wounded in the Mosul operation.

There is no official figure on the number of ISIL fighters killed. 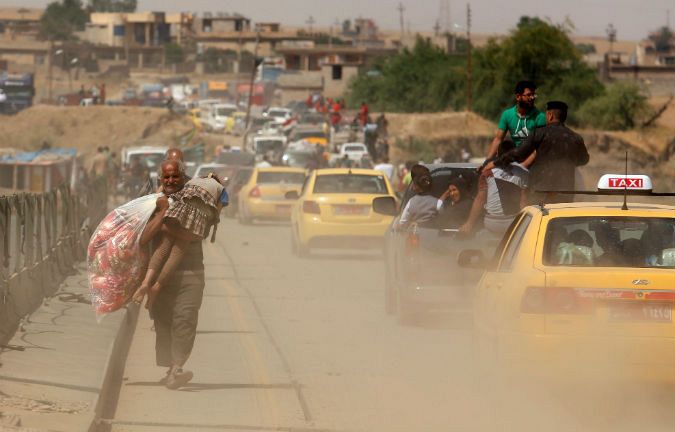 More than a million people have fled

The UN’s refugee agency says more than a million people have been displaced since the battle to retake Iraqi’s second city began in October last year.

The vast majority, 827,000, have not been able to return so far, according to UNHCR data from July 9.

Those that are returning to their homes are facing an horrific new danger: booby traps and improvised explosive devices.

Iolanda Jaquemet, a spokeswoman for the International Committee of the Red Cross (ICRC), said people were returning after years of war only to be killed or maimed by devices thought to have been left by ISIL fighters.

UNHCR says it is also seeing large numbers of female-headed families at its refugee camps – a pointer to the number of males murdered in the battle for the city.

Save The Children says brutal fighting and years of living under ISIL control has left Mosul’s youngsters with “dangerous levels of psychological damage”.

It said its research showed children were deeply-scarred by memories of extreme violence; they are living in constant fear for their lives; they unable to show emotions; and they are suffering from vivid “waking nightmares”.

Children told the charity they witnessed family members killed in front of them, dead bodies and blood in the streets, and bombs destroying their homes.

Others shared stories of family members shot by snipers, blown up by landmines or hit by explosive weapons as they fled. 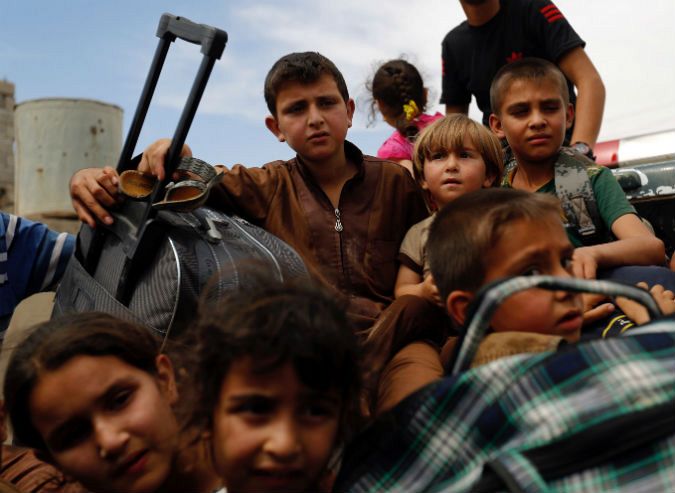 The charity says the research, based on focus group discussions with 65 children in a displacement camp south of Mosul, is the largest study to date on the impact of the Mosul conflict on children’s mental health.

Dr Marcia Brophy, the charity’s senior mental health advisor for the Middle East, said: “What was striking was how introverted and withdrawn children have become.

“They rarely even smiled. It was as though they had lost the ability to be children.

“Their time under ISIS, and making a life-or-death escape, has taken a truly terrible toll.

“These children are not going to heal in weeks, or even months. They’ll need support for years to come.”

Many parts of Mosul have been reportedly reduced to rubble in the fighting, but one of the biggest losses of the city’s cultural heritage was the blowing up of the Great Mosque of al-Nuri complex.

It’s lopsided minaret had been a defining landmark of the city and it was at the mosque that ISIL leader Abu Bakr al-Baghdadi declared a new Islamic caliphate in 2014.

Brigit Katz, writing on smithsonianmag.com, said ISIL militants had also ransacked Mosul museum and an ancient temple in nearby Nimrud. 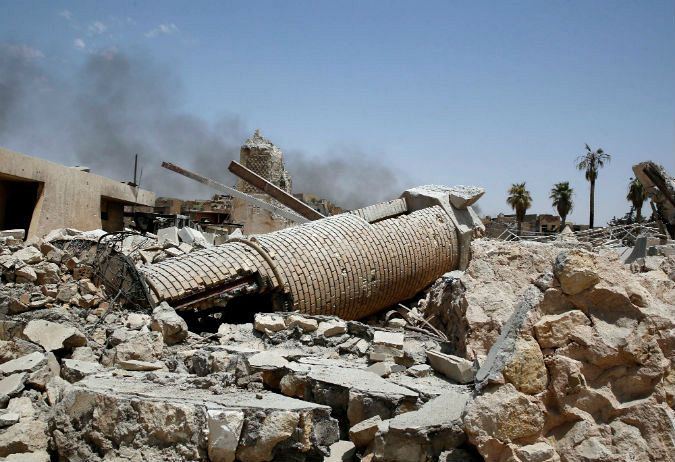