Colossal cyclones and rivers of ammonia both feature in Jupiter’s atmosphere, scientists say, as new images of the solar system’s largest planet were published.

Juno, the NASA spacecraft making the first of a dozen planned close encounters with the planet, uncovered cyclones as big as 1,400 kilometres (870 miles) wide.

The spacecraft also detected an ammonia belt extending from the top of the atmosphere to hundreds of miles into Juno’s interior.

“We knew, going in, that Jupiter would throw us some curves,” said Scott Bolton, Juno principal investigator from the Southwest Research Institute in San Antonio. “But there is so much going on here that we didn’t expect that we have had to take a step back and begin to rethink of this as a whole new Jupiter.”

The findings released were based on data collected when Juno passed about 4,200 km (2,600 miles) around Jupiter’s poles on Aug. 27.

During Juno’s next flyby on July 11, the spacecraft will pass directly over the planet’s Great Red Spot, a massive storm south of the equator that has existed for centuries.

Scientists hope to learn how the storm maintains itself and if a mass of material underlies the churning clouds. 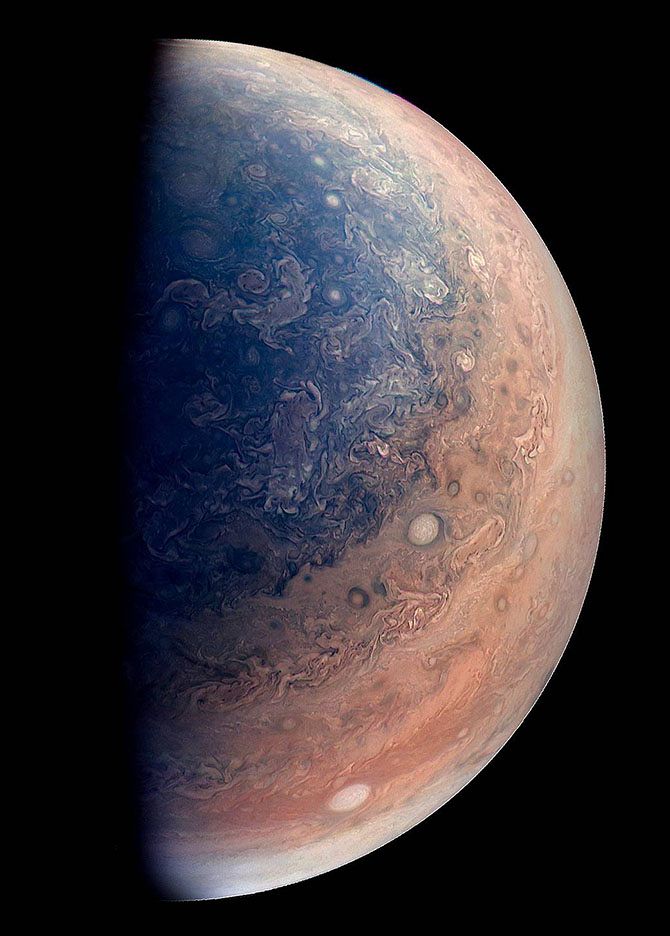 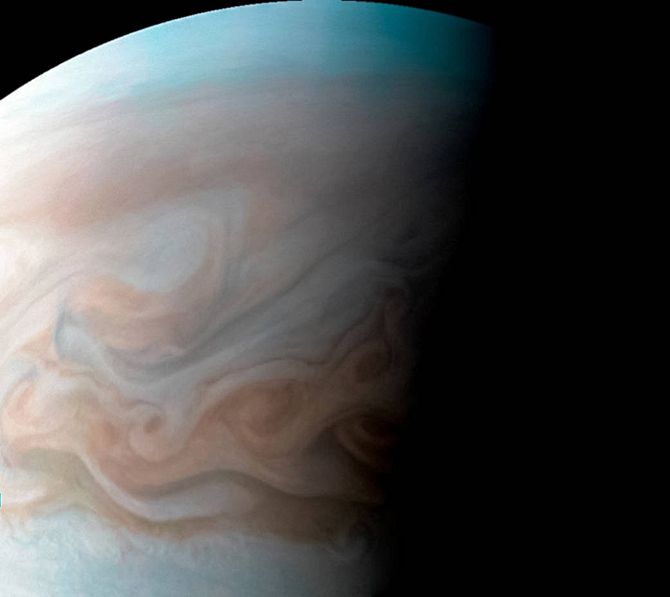 A close-up of a turbulent region near Jupiter’s Great Red Spot. Credit: NASA. 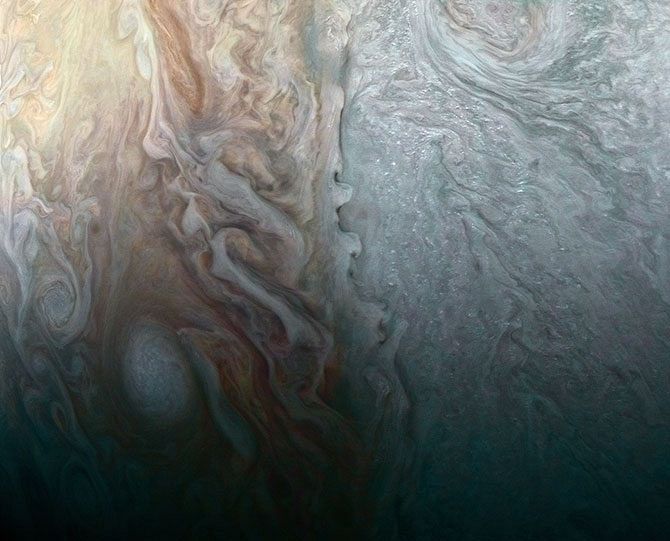 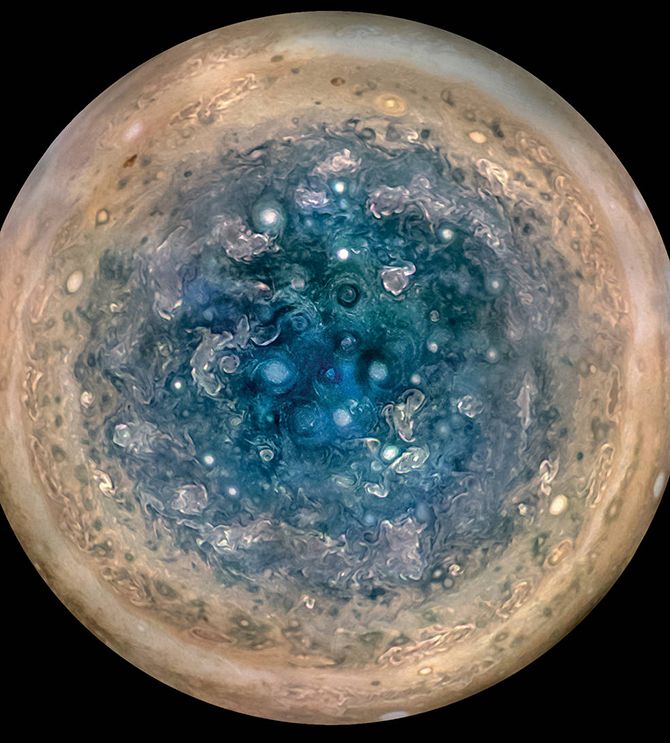 Jupiter’s south pole from an altitude of 52,000km. Credit: NASA. 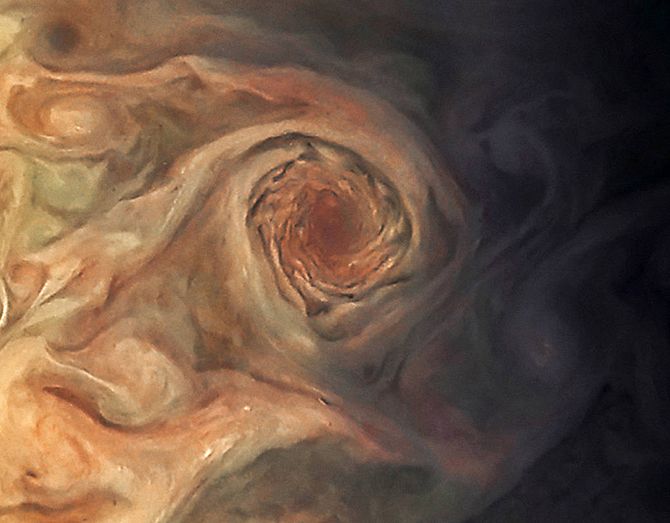