It is one of Jamaica’s most treasured attractions and has appeared in numerous documentaries and travelogues about the island.

However, Hellshire Beach’s days may be numbered. 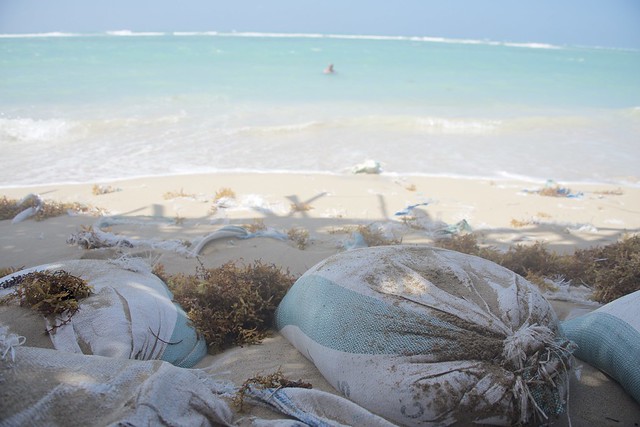 The strip sand just a half-hour’s drive from the capital is a weekend favourite for many locals.

Many of fish vendors who set up shop along the sand have seen the beach disappear before their eyes. Looking through old photos to compare the shoreline, they can clearly see a wide stretch of sandy beach which has whithered away over time.

According to experts, a mix of pollution and warmer temperatures linked to climate change are to blame for the coastal erosion. The warmer seas have killed the coral reefs offshore, meaning waves can pound the beach and wash away the sand.

Mona Webber, a marine ecologist and director of the University of the West Indies’ Centre for Marine Sciences says that climate change, leading to rising sea temperatures, putting more stress on the coral may have been the ‘last nail in the coffin’ for the reef.

For those who make a living from the beach, the impact has been just as devastating. Fishermen and vendors are seeing it threaten their livelihood. 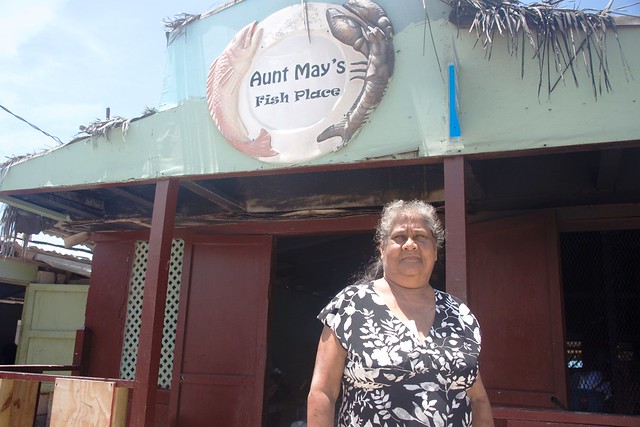 May Byrou, owns the Aunt May’s Fish Place, which stands on Hellshire beach. She told Reuters erosion at the beach has reduced her business by 25 to 50 percent.

The Half Moon Bay Fishermen’s cooperative has tried to stem some of the erosion by putting in a groyne. They are also trying to raise more funds to carry out more extensive recovery work.

However, Webber says one of the best solutions may be abandoning the beach entirely to allow it to recover, or at least restricting access.