A photo of the Trump Tower meeting in New York City was released by the Japanese Government. 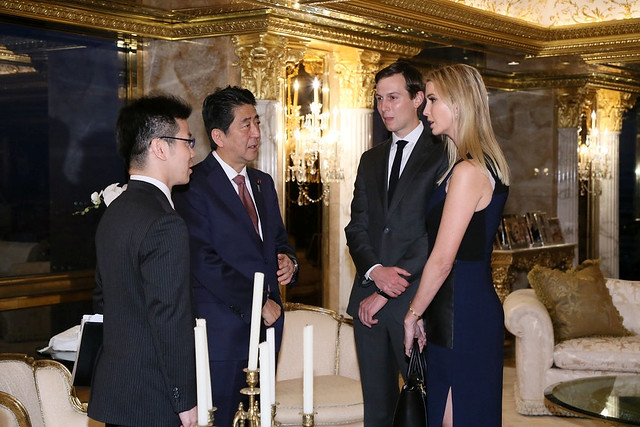 The summit between the two leaders was President-elect Trump’s first with an international dignitary and it is being observed by other leaders around the world as sign of how Trump will handle his international engagements.

The presence of Ivanka at the meeting, therefore, raises eyebrows and sparks further questions as to how Trump will isolate his vast business interests from his political obligations.

Ivanka Trump, 35, works as an executive vice president within the Trump Organisation. Trump’s sons, Eric and Donald Jr., Ivanka herself and her husband Jared Kushner all have been reportedly appointed to the executive committee of the President-elects transition team.

President-elect Trump said he would transfer the management of his business to his children. But a group of open-government watchdogs has called on Trump to put his holdings into a blind trust, managed by an independent trustee.

A federal anti-nepotism law prohibits a president from hiring family members to serve within the President’s White House administration, but Kushner is reportedly looking into ways he could join his father-in law’s team. 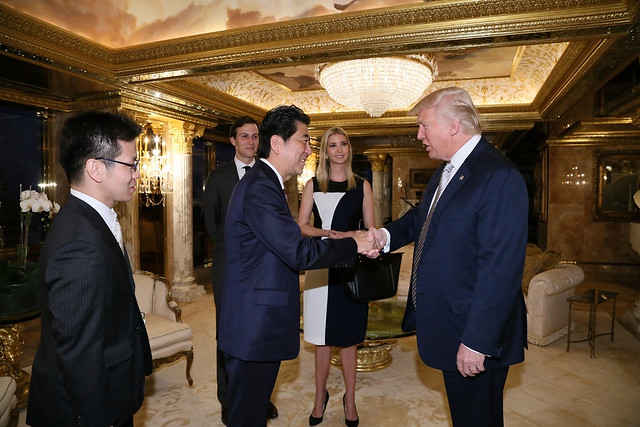 Kushner was also seen in the presence of Ivanka and the Japanese Prime Minister. So too was newly appointed National Security Advisor General Mike Flynn.

The reason for Ivanka’s presence is not clear and furthermore, it is unusual for children, even adult children, of US Presidents to sit in during official visits. Her presence during the meeting could suggest she is trying to position herself alongside her father in government.

French newspaper l’Express reports Ivanka could be nominated to be the next ambassador to Japan but these claims, circulated by Japanese tabloids, have not been substantiated.

The photos caused the outrage of Salon’s Political writer Simon Maloy who tweeted:

Prime Minister Abe described President-elect Trump as a “trustworthy leader” after Thursday’s meeting. It was prompted by comments Trump made during the campaign trail that caused concern as to the status of the US-Japanese alliance under a Tump presidency.

Japan’s international security is guaranteed by the United States since the end of the Second World War, but Trump suggested the defence scheme was too expensive and too one sided and that Japan should pay more.

Donald Trump was also quoted saying he would not mind if countries including Japan and South Korea developed their own nuclear weapons, so that the United States would not have to guarantee their security.

After the 90-minute unofficial meeting with Trump Abe said the talks made him feel “sure that we can build a relationship of trust.” Abe did not go into further details about the substance of his conversation with Trump, or present family members.

Check our euronews’ slideshow of pictures taken during the meeting: 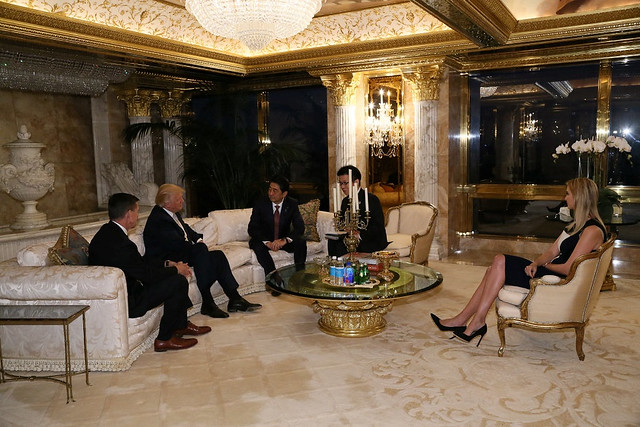