Imagine you could discover flavours, textures and aromas from the highlands and the jungles of South America. Imagine a cuisine combining Pre-Inca and Inca food with Spanish, African, Asian, French and Italian influences brought by immigrants. Peruvian gastronomy is considered among the most varied in the world.

Ceviche has to be raw, completely raw. Caressed by lemon.

In Lima you will find it all. Its best restaurants are topping global rankings, which have turned the Peruvian capital into a booming magnet for demanding foodies.

One example is Central Restaurante, of Chef Virgilio Martínez Véliz, listed among the World’s 50 Best Restaurants in 2013.

His contemporary multi-awarded cuisine has brought little-known indigenous ingredients onto the menu. His experimental dishes are like an expedition through Peru’s ecosystems. 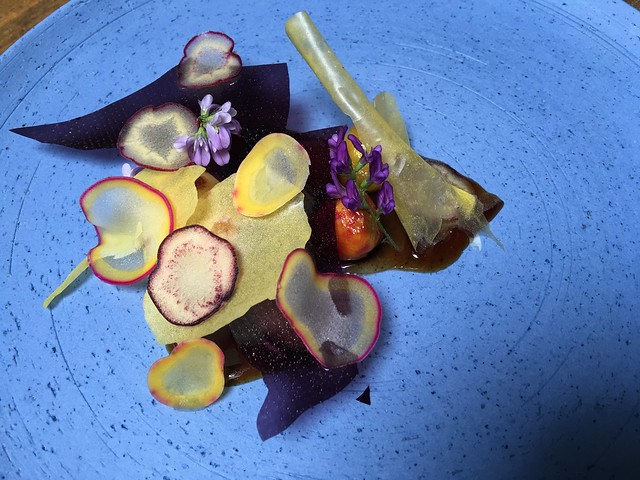 “We have organized a tasting that we call ‘per altitude’, where each dish is a composition of ingredients that grow at different elevations. We could start with the deep sea, then go to the Andean peaks and then come down to the low Amazon. All this with different dishes,” he says.

The tasting menu goes from 20 metres below sea level up to 4,100 metres. One dessert is made with clay and a cyanobacteria that grows in lagoons above 3,600 metres. Another dish is a triumph of high- altitude tubers.

“This is a dish of extreme stems. High altitude stems, roots and tubers where you can still find colour and a lot of taste,” beams Virgilio.

In Surquillo, one of Lima’s main markets, it is possible to find many of the regional treasures that make Peruvian cuisine so rich.

There are over 3,800 kinds of potatoes and around 300 of ajì pepper, not to mention fruits of every shape, colour, texture and taste, coming from all over the country.

“Tumbo de la sierra is a product used for ceviche, because before, during the Inca time, there was no lemon, so they used this,” said one shopper.

Peru’s Pacific fisheries are among the most prolific in the world. In Mercado de Chorrillos we saw fishermen coming back with crab, mullet and sardine, ready to end up on local markets and home tables.

One of the best places in Lima to try the country’s flagship dish Ceviche is the Picanterìa of Chef Héctor Solis. Hector has taken northern regional cuisine to a gourmet level. In this convivial restaurant you can find all northern musts like rice and duck and baby goat stew. But fish is the real star and it comes from special providers.

“Today we have received three kinds of fish: the buri, (japanese amberjack or yellowtail), the cabrilla, (a kind of grouper), and the cojinova, (South Pacific bream). We never have the same fish, nor the quantities we would like, as we work with people who catch fish from the beach, and who practice responsible fishing,” says Héctor.
“I will always prepare a classic ceviche from northern Peru, very simple and very basic”

Fish, ajì, and lemon juice. The simpler, the better. With the daily catch Hector also prepared a traditional “sudado de pescado”, fish cooked in its juices, and a “parihuela”, a seafood and fish soup. And in the meantime, ceviche is served.

“Ceviche has to be raw, completely raw. Caressed by lemon,” enthuses Héctor. “Sudado stews have to have juicy fish. Duck has to be cooked to the point that you can eat it with a spoon”.

Our dive into Peruvian food culture would not be complete without a taste of Pisco. It is the national drink, and a multi-prizewinner abroad. We met a real expert in a trendy fully-restored casona, turned into a lounge bar.

“Pisco is a historical wine brandy. There are eight authorized grapes, which are distilled in small copper pot stills directly to the final alcoholic percentage. We have three kinds of Pisco. Pure Pisco, produced with one grape only, Acholado, or blended, and Mosto Verde, that is special as it’s distilled from unfermented pressed sweet grapes,” says pisco expert and producer José Moquillaza Risco.

Pisco is also the main ingredient of a long line of classic and more contemporary cocktails, from the well-known Pisco Sour, with egg white giving its hallmark froth, to the Chilcano with ginger ale and lime, and, well, your only limit is your creative imagination.

“With pisco and its variations, we leave Peruvian gastronomy. In the next edition of Peru Life we will discover the most popular and alternative locations of Lima,” reports euronews’ Monica Pinna.