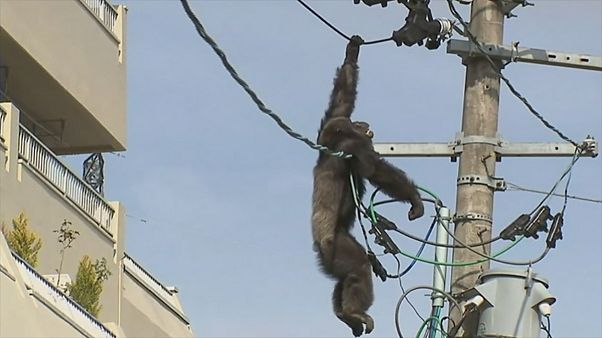 An escaped male chimpanzee was captured by city officials after falling off an electricity pole in northern Japan on Thursday (April 14).

The chimpanzee, who escaped from Yagiyama Zoological Park, was on the loose for over an hour before climbing an electricity pole, where officials shot the simian with a sedative.