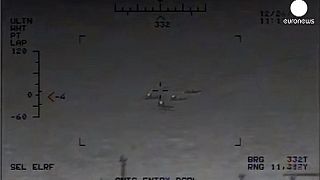 A shot across the bows

The US Navy has released declassified footage alleging to show the moment an Iranian warship fired unguided rockets less than 1,400 meters from one of its vessels, the USS Harry S Truman, in the Strait of Hormuz on December 26.

The Marine Corps Times has reported that US Central Command received word from Iran that it would carry out live-fire exercises 20 minutes before the incident. US officials have accused the Iranian Revolutionary Guard of acting unprofessionally and “inconsistent with international maritime law”, firing missiles in such close proximity to other vessels.