Every Friday journalists from euronews’ various language teams choose a selection of stories from Europe and beyond which did not reach the international headlines.

A senior official at Kazakhstan’s Interior Ministry has been dismissed over his son’s scandalous wedding procession.

The horn-honking cortege was captured on video making its unmissable way through the streets of the capital, Astana.

As the images show, the rules of the road are swept to one side by the revved-up revellers, with some vehicles travelling backwards!

As a result, Colonel Bakhytzhan Baltash, deputy chairman of the Administrative Police at Kazakhstan’s Interior Ministry – and father of the groom – is looking for a new job!

Germany: Play your part in Europe’s financial crisis… at the roll of a dice

The plight of debt-ridden Greece and other cash-strapped European countries is a serious business. But how about living the drama through a board game as struggling states try to stay afloat amid the economic meltdown?

German friends Nikolai Diekerts, 28, and Julian Schärdel, 29, have come up with €uro crisis – a satirical board game about Europe’s economic and political ups and downs over recent years.

Belgium: Why are boffins putting pando poo under the microscope? 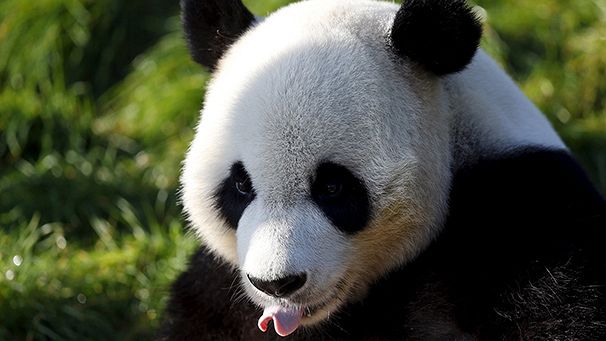 Researchers in Belgium are examining the excrement of giant pandas to try to understand how they can digest tough bamboo.

A team at Ghent University hopes that by studying microorganisms in the animal’s gut, clues will emerge about new, cheaper ways to produce so-called second generation biofuels made from plants and biomass not destined for consumption.

With freezing temperatures and snow just around the corner, Ukrainians are wearing their summer clothes for perhaps the last time in still warm temperatures. And for those bold enough to bare almost all, an added benefit has been an offer of free fuel at a Kyiv petrol station for those turning up in a bikini. Braving ridicule, even men decided to get in on the act!

Spain: The camera never lies – or does it?

Conservative newspaper La Gaceta has been caught out digitally altering a photograph to show Spanish flags on balconies in independence-minded Catalonia. Internet users discovered the image was actually a stock picture of a building and that the flags –
proud symbols of Spanish unity – were added later with Photoshop technology.