My delight at having my interview confirmed with Jean Paul Gaultier easily eclipsed any worries I had about what to wear. In fact I don’t really spend much time thinking about what I put on in the morning. Jeans, trainers and T-shirt generally suffice. My main challenge is getting out of the door without my dog leaving a trail of white fur, or worse, slobber, down my front.

I must admit however to having a niggling concern that given my poor fashion credentials I could make a wardrobe faux pas and basically look ridiculous. The interview was to take place in the exhibition displaying Jean Paul Gaultier’s weird and wonderful creations. Plain was the way to go in my opinion. But what? Unfortunately, this was a question I put aside until the eve of my departure, by which point I was having regular waves of what-to-wear panic. 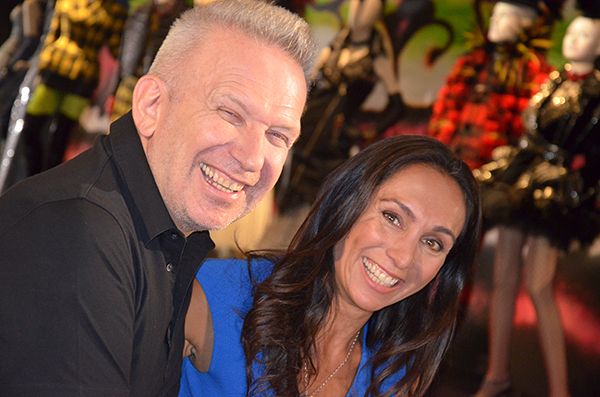 Luckily, however I was saved by a coffee machine moment, where I bumped into one of my close friends and colleagues who is always impeccably turned out. She offered to hold my hand in our nearby mall and help me choose an outfit. To the mirth of many of my colleagues I had an hour to accomplish the task. As you may have gleaned, I don’t like shopping – so I was happy that the first dress I tried on was passable. It got the vouch approval from my trendy friend which gave me more time choosing my sandwich. 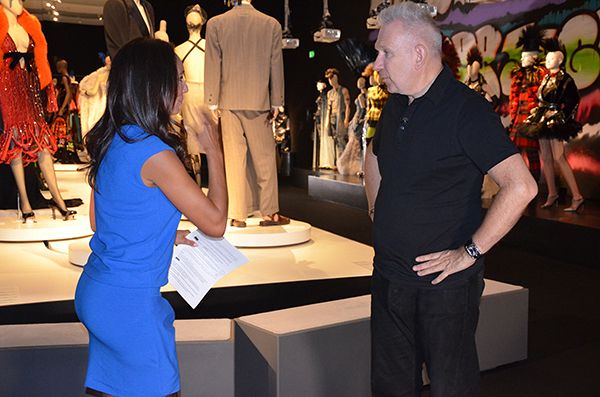 On return to work some of my curious colleagues took a look. My favourite comment was “Oh your dress is European Union blue and doesn’t it look comfy.” Luckily the rest were more favourable!

In the end, Jean Paul Gaultier was so friendly and kind that I don’t think he even looked at what I was wearing. He was dressed in plain black and said he never really thought about what he was going to wear in the morning – who would have thought that Jean-Paul Gaultier and myself would be kindred spirits!

Watch the full interview below