After a fabulous past 20 years, World Music Expo celebrates its 21st birthday this October in Budapest. This will mark the first time an Eastern European city will organize the famous festival and host well-known artists and rising stars of the world’s ethno music scene. But how was it possible and why this occasion will be different from the previous ones? Do Hungarians still have a gipsy-folk-based reputation, or is the image changing? We’ve discussed these issues with two of the hosts-organizers from the board of Hangvető, Hungarian partner of the WOMEX.

- Fans of ethno-music will be familiar with it, but the wider public has no idea what WOMEX is. Could you summarise in a few sentences what we are talking about?

Balázs Weyer, Director of Programing: – WOMEX or World Music Expo is a complex event combining a tradefair, a conference, a documentary festival and first of all a showcase festival which features 70-80 artists a year. It’s the biggest marketplace, art-and-business platform for the world music industry and the only global tradefair. It’s like the festival of Cannes for the film industry, except that it’s for world music and it’s a traveling festival, visiting another city year by year.

- This is the first time ever that an Eastern European country is organising the event. How did Budapest win this opportunity and which cities were its rivals?

András Lelkes, CEO: – Three years ago, some twenty plus countries were applying to organize this event, but only nine of them were shortlisted. Cities like Barcelona, Warsaw, Vienna, Dublin, Gotebourg, Thessaloniki and Budapest, so there was a strong competition. In the end, they chose us. We think there were several reasons behind it: one of them that Budapest is a capital and an important tourist destination – and when we are expecting more than 3000 participants, it’s an important point. The second that Eastern Europe was pretty crucial, because it had been an almost blank area on the map of WOMEX…

Weyer: … and now it opens a door from the WOMEX perspective to the region. Simply because it’s more affordable for artists and their managers from the Eastern region to come here than to go for example to Copenhagen which is more expensive. Artists coming from Serbia or Macedonia can just jump in the car and get here in a few hours. A third reason could be that Hungarian traditions play an important role in the western European folk-tradition side.

During the late ‘60-70s when the second folk revival in Britain started, it was inspired partly by the Hungarian “Táncház” (dance-house) movement and also by Béla Bartók, who is a very important reference in the world’s ethnomusicology. He was the first musical artist who really massively researched folk traditions. We know a bunch of artists who travelled to Hungary and Transylvania in the ’70-80’s to see these dance-houses, because by that time there was a strong focus on folk music. It’s still one of the most living traditions in Europe and maybe this produced some romantic feelings.

- In what kind this year’s WOMEX will be different from the previous ones? What can you offer that others can’t?

Weyer: Every WOMEX is different because everybody wants to show their special “stamp” or special footprint on the event that they’re organizing.

What’s in the schedule?

The first day is the opening ceremony which is usually a 60-minute long exclusive concert and basically the only time during WOMEX when everybody is in one single space. Then over the next three days, WOMEX is split between the trade fair, some networking events, conferences, and every evening from 9 pm to 1 am there are showcase concerts on five different stages. When all the concerts finish, the DJ Summit starts to play from 1 to 4. Finally, the last day is the award ceremony, where WOMEX gives its life achievement Artist Award, the Professional Excellence Award to someone from the music industry, and the Label Award (record publisher of the year). The artist who gets the life achievement award gives an exclusive closing-concert to the delegates.

As we are the first location in Eastern Europe to host a WOMEX, for us, this is an opportunity but also a responsibility to represent and open up the region.

Lelkes: We want to focus on Eastern Europe in every sense. To feel the atmosphere, to watch and listen more eastern Europeans – not only on the showcase where more eastern European artists will play than ever – but also in the trade fair. It brings the possibility to Hungarian artists to introduce themselves on the larger market. The number of applications from Hungary and from the region was the highest in WOMEX history – but I can say the same globally. We are expecting some 3000 international visitors plus local Hungarians.

- Hungarians already have a long history with Womex – we’ve represented ourselves on the very first WOMEX, and in 2008 Hungarian band Muzsikás got the life achievement award. How do foreigners think about us? Do they always see us as a gipsy band – or do they recognise modern Hungarian ethno-music?

Lelkes: It’s an interesting question. Many of the Hungarian bands from the ’70s had been touring in Western Europe and in the USA. So if you ask a non-Hungarian world-music fan, one would name at least an important singer or band. Like Marta Sebestyén who is an icon of world music. Probably, she is the best known artist of the Hungarian ethno music. It’s like if you meet a foreigner and you’re starting to discuss about football and you mention Puskás, he will surely know who he was. It’s similar with Márta and many others, like Muzsikás,Zsarátnok,Vízöntő,Vasmalom. We had a very good reputation.

Weyer: But what you’ve mentioned about the gipsy music stereotype: it’s a brand, and like any brand in the world it is based on stereotypes. And since in Hungary nobody really looks after this image – as they do in other countries with the so-called Music Export Offices (which does not exist in Hungary ) – so there is a bit of confusion among foreigners. It includes superficial images of gipsy coffee house music, some Balkan stereotypes and images of dance house. In the past years, they’ve seen some successful concerts – like Söndörgő’s for example which is really good, we really love it, but it’s a very special part of the musical heritage of Hungary. Also they’ve seen the year before Felix Lajkó who is also fantastic, but again: not typical to the Hungarian tradition.

Lelkes: But these stereotypes are not only characterizing Hungarian music. This is a common phenomenon of Eastern European music which involves Balkan, Polish and Ukrainian bands also. It’s like when we think about Africa, we haven’t got a very detailed picture of every respective musical region. If you are not an expert, you don’t really see the difference between the music from Ivory Coast and from Senegal. That’s the same for our region. People don’t really care if it is Hungarian, Romanian, Czech or Serbian. We have to work on making Hungarian music’s image a bit beyond this stereotypes.

- How many singers/bands will participate at the event? Could you name some?

Weyer: More than 50 bands and performing acts were selected from more than a thousand. As WOMEX is not an ordinary music festival, bands have to apply to participate. There is a jury, the so-called “seven samurais” whose members change every year so their taste does not become predictable. The jury is still working – as there are a thousand bands which applied and lots of them are still being heard, it’s difficult to work on the jury – so we don’t know all the names yet, but the first 19 performers are already known: there are some well-known names such as last year’s winner of the Best World Music Record performer Aziza Brahim or Avishai Cohen and new ones like Moh! Kouyate from Guinea and Pierre Kwenders from Congo. 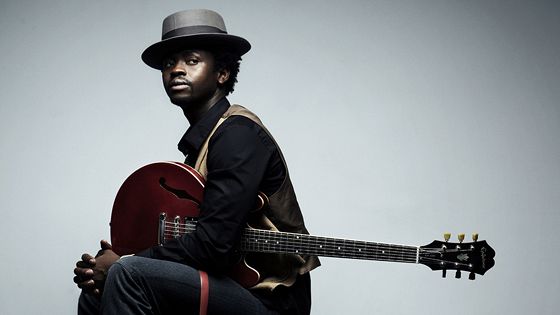 Uzbekistan participates in Venice's Architecture Biennale for the first time

Venice Architecture Biennale explores how will we live in the future