On the government’s side

Boris Nemtsov made his name as a western-orientated free-market reformer in post-Soviet Union Russia.

A career scientist, he moved into politics in 1986, shortly after the Chernobyl disaster, when he successfully opposed the building of a new nuclear power plant.

In November 1991, during Boris Yeltsin’s time in charge at the Kremlin, Nemtsov was appointed Governor of Nizhny Novgorod. 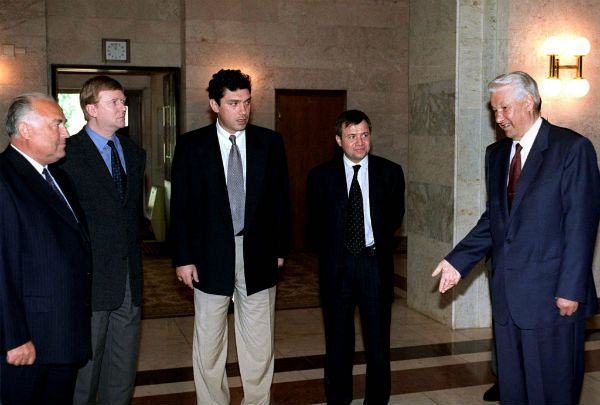 Between March 1997 and August 1998 he was twice appointed Russian Deputy Prime Minister of the Russian Federation, resigning for a second time when Yeltsin dissolved the government.

In a New York Times profile of Nemtsov, he is quoted in 1997 as saying:

“It is obvious that I will make a huge number of enemies among the industrial and financial oligarchy that now in many respects controls the situation in Russia.”

In 2001, Nemtsov co-authored an opinion piece in the New York Times, entitled ‘Russia’s Best Bet’. In it, he expressed – if not support, then – acknowledgement of what newly-elected President Vladimir Putin would be able to achieve.

“The government will, however, reflect the Russian people’s desire for a strong state, a functioning economy, and an end to tolerance for robber barons — in short, a ‘‘ruble stops here’‘ attitude. Russia could do considerably worse than have a leader with an unwavering commitment to the national interest.

“And it is difficult to see how to do better.”

In 2005, he told Russian journalists:

“I can say with absolute conviction that in five years from now, the Ukrainian people will live better than the Russians … And all that without gas or petrol. In around seven years (so, 2012) Ukraine will enter the European Union and all Ukrainians will have a passport to the Schengen Zone. And we, the Russians, will envy them.”

(Find his opinions here, in French). 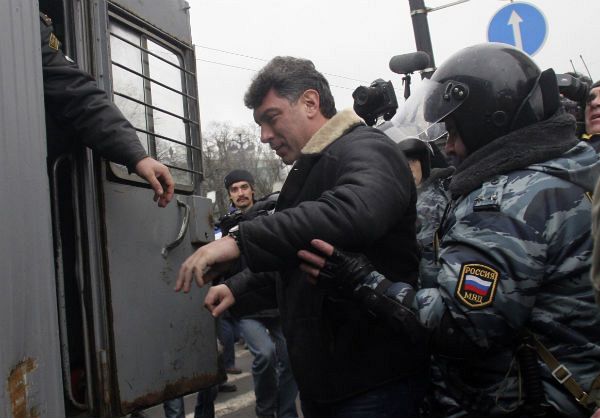 He was a critic of the Putin government for over a decade. In 2011, he was sentenced to 15 days in jail after taking part in a New Year’s Eve, 2010, opposition rally.

“Why should I leave my own country? I love Russia. Let them, the thieves and criminals, leave.”

(Read more from the interview here).

The co-chairman of the RPR-Parnassus Party, Nemtsov won a seat in Russian Parliament in 2013.

One criticism he made in 2015 concerned the state of Russia’s economy. Nemtsov, a liberal, was of the view the Russian president (Vladimir Putin) was to blame for the declining economy, rather than it being due to a US conspiracy, as the government claimed.

Days prior to his death, Nemtsov spoke to residents in Yaroslavl, a town north east of Moscow. There, he blamed Putin for the rise in inflation and stagnation of wages.

“They believed that the embargo on imported foods is America’s fault, and they were surprised when I told them no, that was not Obama, it was Putin,” he later said. “This is what we need to make people aware of: the crisis, that’s Putin.”

His anti-Kremlin stance gained him a number of enemies. Putin loyalists, in particular, vilified him. At a pro-Putin rally in early 2015, several posters bore slogans criticising the figure.

Putin has commissioned a wide-ranging investigation into Nemtsov’s murder. However, in an interview (in Russian) on news website Sobesednik a matter of days before his death, the activist said:

“I’m afraid Putin will kill me. I believe that he was the one who unleashed the war in Ukraine. I couldn’t dislike him more.”