Call him a surgeon or a model, Manu Bora answers to both. A well-deserved six-month “break” following his medical studies had a different impact than originally anticipated. In the short period since he decided to take up modelling, Manu has seen his career skyrocket, with countless campaigns, editorials and fashion shows now under his belt. His portfolio includes the covers of Vogue India and Wallpaper Magazine as well as pages in high-profile publications such as GQ. This qualified orthopaedic surgeon really seems to have his feet firmly in the modelling world. Right down to the bone, you could say (excuse the pun). And, he still finds time to pursue his passion for medicine. Manu currently divides his time between Paris and Milan. When he’s not busy improving his skills on the operating table, countless top brands are vying to put their name on his scrubs. We found him sitting on the front row of the Elite Model Look 2014 show, impressing the press in a Varun Bahl jacket. He’s one of our picks of the season.

Beauty and the Bones

Manu Bora is a busy guy and he looks set to become even busier. In just over two years, this doctor-turned-model has become one of the most in-demand faces in the industry. And it’s not hard to see why. The learning curve may be sharp, but he has the game figured out. In addition to long days of castings and fittings, Manu’s fashion journey takes him around the globe: from New Delhi to Paris, Paris to Milan and onwards to the rest of the world. Yet it’s all come together in what seems to be a perfectly organic evolution and it’s hard to imagine he never expected his career to take such a twist. In Paris, he is part of the Elite Squad, a member of the Elite Model Management family. He’s now on the brink of even greater international exposure, having just signed with Major Model Management in Milan. It’s a Major achievement: a fact he acknowledges with the utmost style and grace. Widely considered one of fashion’s most enigmatic faces, Manu has captivated photographers with his powerful presence in front of the camera. And he’s taking it all in his stride. We caught up with him at Les Invalides in the City of Light before he departed for Milan. Where better to meet a surgeon than at a former hospital? He was wearing a smile and sporting Nike Frees, which look like socks and much better than the stereotypical surgeons’ Crocs (sorry docs!).

« As humble as he is methodical, we can’t help but be intrigued about the driving force propelling him through both careers. For someone who does much more than strike a pose and breaks most of the modelling stereotypes, we wanted to know where the shine he brings to the pages of glossy magazines comes from. » 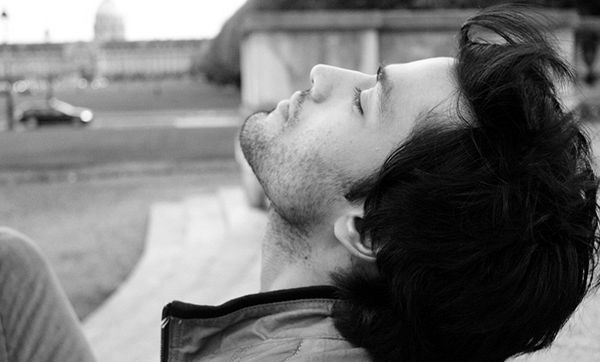 We know he walks the runway and has conquered the Indian fashion market. He’s worked in Greece and now he’s taking major fashion capitals such as Paris and Milan by storm. As humble as he is methodical, we can’t help but be intrigued about the driving force propelling him through both careers. For someone who does much more than strike a pose and breaks most of the modelling stereotypes, we wanted to know where the shine he brings to the pages of glossy magazines comes from. In the face of what, quite frankly, are some extraordinary accomplishments, ordinary questions become irrelevant. So, we had a chat and took a walk, which transported us back to his familial and spiritual home, India. Manu spoke about changing countries, moving to new cities, early mornings, chasing new dreams, taking “luck” into his own hands and managing his life. It’s a life of schedules, acceptance and rejection. He tries to carve out time to exercise both body and mind, to focus on what he can control and to remain as balanced as possible. 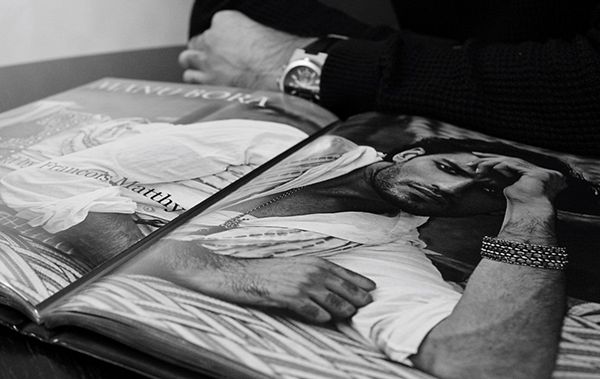 ​ « The learning curve may be sharp, but he has the game figured out. In addition to long days of castings and fittings, Manu’s fashion journey takes him around the globe: from New Delhi to Paris, Paris to Milan and onwards to the rest of the world. »

His driving force, then? Helping people. Full-stop. The most rewarding thing he can think of is having a patient come back and say: “Thank you for helping me.” He keeps these thank you messages close to his heart, right next to the emerald he wears hanging round his neck. And even if you’re a former patient who hasn’t returned to see him, he still thinks about you. One of his role models is Dr Philippe Hardy, surgeon, and university professor in orthopaedic surgery. Thanks to him, Manu was able to complete a fellowship in sports medicine and joint replacement in Paris. He intends, one day, to open up his own clinic: “Five or six percent of my income will go to medicine and implants for poorer people. I really want to open an NGO in the future, so I can get more funds to really operate on them well. I cannot change my country, but if I can change a few lives, then my life is good… You (alone) cannot change the whole country, but if everyone takes some initiative, you can.” Those who succeed are multi-faceted and multi-dimensional. By putting together a team of like-minded individuals, fostering collaboration and recognising the successes of others, he is making everyone around him proud… And a little weak at the knees.

This is a man who goes with the flow and can transform a regular kitchen into a festival of Indian cuisine. He knows red wine is good for the skin and yet seems blissfully unaware that choosing Manu Bora is not dissimilar to selecting a good bottle of red wine: they each have to be raised in the right circumstances; they are not ten-a-penny; they bring with them a certain prestige; and, let’s face it, both are easy on the eye. While he may have left behind the clear blue skies in his home town, the “Blue City” of Jodhpur, his vision is lighting up the grey European days and the city streets are becoming his own personal runways. With a tenacious attitude, an encyclopaedic knowledge of medicine and a well-trained nose for choosing the right fragrance, we smell the sweet scent of success in the air. So raise a glass of red to Manu. His future is looking good. And the sky is blue. 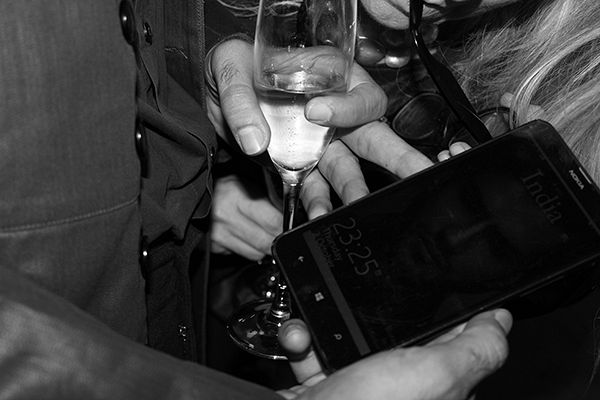 The proud heritage and influence of Russian artists