The US mid-term elections take place on Tuesday, November 4. Here we explain everything you need to know about the votes.

When are mid-term elections held?

They take place halfway through the four-year presidential term. Barack Obama was last voted into office in 2012, with the next presidential elections set for 2016.

Who is elected into office in mid-term elections?

There are three elections that take place:

What is the House of Representatives?

The house, which has 435 elected members proportionately representing the population, makes and passes federal laws.

The US, as a federal country, has its powers split between central government and each of its 50 states.

What is the US Senate?

Every state has two senators representing it, meaning there are 100 in total.

The senate provides the checks and balances to other elements of the US government. For instance it must approve treaties agreed to by the president, as well as the appointment of judges and government officials. 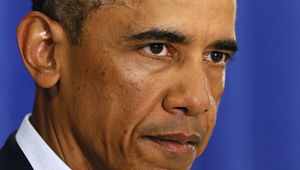 How do presidential elections work?

The next presidential elections will take place in 2016.

First off, the Republicans and Democrats each select a candidate to run for president.

States, depending on their population, are given a certain number of electoral votes, to fairly reflect their size.

For example, California, the largest state, has been given 55 votes in the past, while smaller states have been given as little as three.

Each of these votes is made by an ‘elector’, who are picked by the general public. California would have 55 such electors.

In most states, come election day, the candidate with the most electoral votes, wins that state’s allocation.

So if Obama won California he would get its 55 votes.

The first candidate to get to the magic 270 votes mark becomes president.

Who holds the balance of power?

Democrats hold the balance of power in the US Senate, while Republicans do so in the House of Representatives.

So, with Barack Obama a Democrat, the Republicans’ control of the house provides a check to the power of the president.

It is relatively rare, in the last half-a-century or so, for one party to control the presidency, House of Representatives and the US Senate.

What will happen in 2014’s mid-term elections?

If the general mid-term trend is anything to go by then Obama’s Democrats will suffer this time around.

This is because mid-terms are often seen as a referendum on the president in office. Take 2010 as an example: that saw Republicans gain 64 seats to take control of the House of Representatives. They fell a few seats short of winning the US Senate.

The incumbent president often loses ground in mid-terms. Over the last 21 elections the president’s party has lost an average of 30 seats in the House of Representatives.

If the Republicans retain the House of Representatives and win back the US Senate (they need to win six seats to do so) then they face a choice. Either they block legislation during the final two years of Obama’s presidency or they find common ground and get things done, which could arguably help their candidate in the 2016 presidential race. 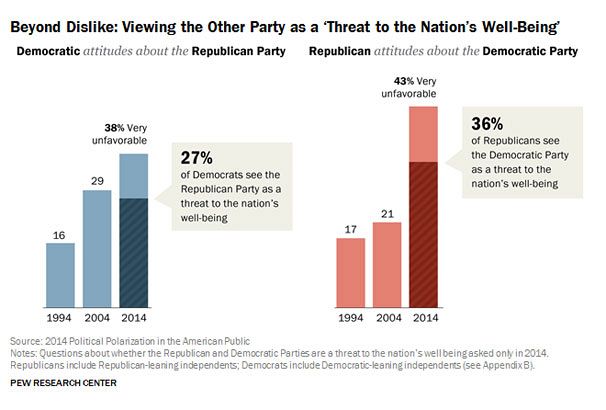 If the Republicans decide to block Democrats’ legislation over the next two years, then Washington faces political paralysis. Some argue they are two far apart to agree on anything. The Pew Research Center claims Democrat and Republican voters are more polarised now than at any point in the last two decades.

Lower than 2012, if history is anything to go by. Presidential elections see a turnout of around 60 percent whereas mid-term elections are generally around 40 percent.

This is supported by recent evidence. The Pew Research Center says in 2008, when Barack Obama became the first African American president, turnout was 57.1 percent. The mid-terms, two years later, saw turnout falls to 36.9%. It rebounded back to 53.7% for Obama’s re-election in 2012.

What are the key issues?

There is no obvious key issue this year that galvanises voters – in 2006 there was the Iraq war, four years later there was Obama’s controversial healthcare plans.

“This year, the issues are more spread out, and that means a lack of concentration of effort on one issue that could serve as an emotional rallying focus point for voters. Hence, relative apathy,” said Frank Newport, editor-in-chief at Gallup.

This could mean people vote far more parochially. There are state-specific referendums, held at the same time as the mid-terms, that could influence who comes out to vote.

And the lack of a galvanising national issue could mean the Republicans struggle. Their success in the 2010 mid-terms was attributed to making the election more of a national issue. For instance use of marijuana for medical purposes in Florida or minimum wage increases in Nebraska.