You could not blame voters in the Scottish independence referendum if they began complaining about information overload.

As the pro- and anti-independence campaigns have gathered pace, there has been a deluge of claims and counter claims over the impacts of Scotland going-it-alone.

Here we summarise the main arguments of each camp in seven key areas, together with an independent or alternative view, for some much-needed extra perspective. 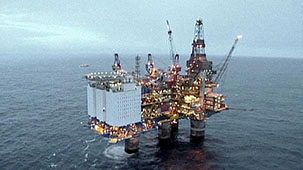 A major talking point around the referendum is who would get the lucrative revenues from oil and gas off the coast of Scotland and, to a lesser extent, England.

The Yes Campaign says it would be entitled to 90% of oil revenues and that there is 24 billion barrels of oil still to be extracted.

Better Together says oil is a dwindling resource and that while independence is forever, oil is not.

Another view Professor Alexander Kemp, an expert on North Sea oil and gas, seemingly agrees, in part, with the Yes campaign. He says Scotland would get 90% of oil revenues and 50% of gas. Prof Kemp, in an interview with Energy Boardroom, adds: “Firstly, the tax revenues, which have been in the news often, will be significant, but they will also be very volatile since they depend on oil & gas prices, production levels, and on the level of investment expenditure.”

Pro-independence voices argue Scotland has a ‘strong and diverse’ economy that is just being held back by ‘bad management from Westminster’.

The Better Together campaign says independence would hit the economy, because Scottish businesses would lose access to 60-million consumers across the rest of the UK.

Another view Professor Chris Martin, from the University of Bath, says the benefits of independence are too reliant on a high price for oil. He adds: “The desire for independence seems to be driven by romantic views of a separate Scottish identity and culture rather than by cold economic logic.” 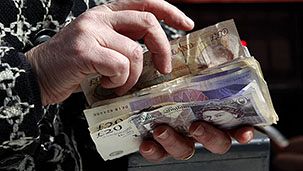 The Yes Campaign insists it would continue to use sterling, by entering into a formal currency agreement with Whitehall.

But unionists claim if Scotland leaves the UK, it leaves the pound. All of the major UK parties have rejected a currency union.

But jobs will be at risk in an independent Scotland, suggest ‘no’ campaigners, because one-in-five are with companies based elsewhere in the UK.

Another view Brian Ashcroft, of University of Strathclyde, says around 1-million Scottish jobs are dependent on links with the rest of the UK. 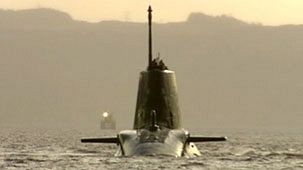 Yes Scotland says independence would give it defence forces tailor-made for its needs and mean it would not have to go to war at Westminister’s say-so.

Better Together has dismissed as a fantasy claims by pro-indepedence campaigners that Scotland could develop its own armed forces and intelligence services on a par with the UK’s.

It also worth noting that the UK’s nuclear deterrent – four submarines together with missiles and warheads – is currently based in Scotland. The SNP wants to see their removal, in the event of a vote for independence. The UK government says it would cost billions to relocate the base elsewhere and that moving the nuclear weapons away would have a major impact on the future sustainability of the base, the biggest employment site in Scotland.

Another view The Royal United Services Institute, a think tank specialising in defence, agrees that moving the UK's nuclear weapons from Scotland would be a huge task, suggesting both countries would have to come to an agreement for them to remain while an alternative base is found.

It adds: “In a world in which the security of states is increasingly interdependent, it is hard to imagine why the prospect of having independent armed forces would, in itself, be a good reason to support independence.” 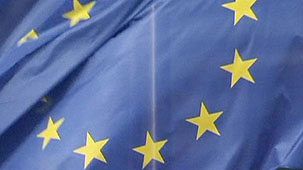 Better Together say the UK enjoys ‘enormous influence’ within the EU – something Scotland could not be guaranteed if it went it alone.

Yes Scotland is adamant it will remain in the EU, agreeing terms between the referendum and the proposed beginning of independence in 2015.

But Jose Manuel Barroso, president of the European Commission, expressed the view early this year that Scotland would be automatically excluded on becoming independent and would find readmission to the 28-member bloc “extremely difficult, if not impossible”.

Another view Ruairi Quinn, former head of the EU’s finance council, said: “In my opinion, it is highly probable that at least two member states, maybe more, will vote no [to Scotland joining the EU].”

“Spain will not want to create the precedent in another member state of a nation/region deciding to leave and join the EU in their own right.

“Such a political development would really encourage Catalonia and the Basque Country to agitate for secession from Spain.” 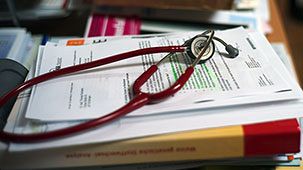 The ‘no’ camp say the NHS would be hit by independence. It cites a report by the Institute for Fiscal Studies, that claims a separate Scotland would face up to £10 billion of spending cuts, something the health service would not be able to escape being hit by.

Yes Scotland say independence would give the country control over the budget for public sector spending, which is currently with Westminister.

Another viewThe Institute for Fiscal Studies says: “In the short term, it is hard to see how independence could allow Scotland to spend more on the NHS than would be possible within a Union where it will have significant tax raising powers and considerable say over spending priorities.”

It adds falling oil reveneus and an ageing population make for a tough financial outlook.

It concludes: “Faster economic growth in an independent Scotland would help square all these circles and allow more spending. It is possible that might happen and the Scottish Government says independence would give it the tools to do that. But such faster growth is not certain, by any means.”